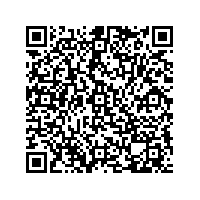 Since the family business, which was founded in 1949, commissioned a new Komori sheet-fed offset printing press three years ago, its print volume has increased considerably. While softcover and hardcover jobs have traditionally been outsourced, in the wire stitching segment that increase in volume has meant that the company’s Muller Martini Prima from 1994 is running at full capacity and even saddle stitching jobs, with an average run size of 5,000 copies and ranging from 500 to 50,000 copies per title, increasingly have to be contracted out to partner companies. That is set to change at the end of this year when the Prima will make way for a new Primera MC.

“Our firm aim is to be able to process all saddle stitching jobs in house thanks to our investment in the Primera MC,” says Managing Director Henrike Gieselmann. In addition to keeping added value in-house, the head of the company, which employs 95 people, believes that the combination of the Primera MC with a Perfetto compensating stacker has two other major advantages. “In addition to the cover feeder, that gives us eight feeders, three more than with the Prima. That means we’ll now also be able to process more complex products with more sections. In addition, we’re confident that the Motion Control Technology of the Primera MC and the associated fully automatic changeovers will make our production more cost-effective.”

Gieselmann Druck und Medienhaus GmbH & Co. KG will commission the new Primera MC in December, and will do so at new premises. “We’re in the process of building a new hall and thought that a new saddle stitcher would fit in nicely,” says Henrike Gieselmann with a grin as she mentions an additional reason for the investment in the new Primera MC.