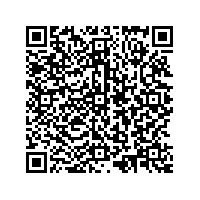 Strong growth in core business sectors
A surge in revenue in u-blox' core businesses, vehicle and asset tracking and in-car navigation, demonstrated that the company's innovations are meeting the requirements of our most important customers in the fast-growing industrial and automotive markets.

Two main trends drove the company's success in the first half:

1. Both positioning and wireless products experienced strong traction especially in the Americas where wireless products gained important momentum, contributing significantly to growth. This is a positive confirmation of the company's strategy to capitalize on the synergies of converged positioning and wireless technologies.
2.Continued success in the global automotive markets where u-blox maintains technology and quality leadership in both in-dash and after market navigation devices. Thanks to key technologies such as Automotive Dead Reckoning as well as a wide portfolio of automotive-grade components, u-blox has achieved an entrenched position as preferred provider of GPS/GNSS receiver technology to many major car brands.

Acquisitions
In April, u-blox signed the share purchase agreement for 4M Wireless, a profitable UK-based company that develops leading software and test solutions that are crucial for supporting fourth generation (4G) mobile wireless devices. The acquisition will give u-blox ownership of advanced 4G protocol stacks that are necessary for enabling next-generation devices such as high-speed wireless modems, fixed wireless terminals, tablet computers and notebooks. The closing of the acquisition is pending due to routine government approval. Closing is expected to be completed by end of September 2012.

On June 28, u-blox announced the acquisition of UK-based Cognovo Ltd., a company specializing in "Software Defined Modem" (SDM) chip development technology. The acquisition extends u-blox' chip design capabilities to create differentiated products for strategic markets that require 4G communications combined with global positioning. The combination of technologies from Cognovo and 4M Wireless will result in a new 4G (LTE) wireless modem platform based on IP owned by u-blox. New products resulting from the acquisitions will broaden u-blox' serviceable market, and increase margins in the automotive, consumer and industrial sectors. First product based on 4G technology is planned for end of 2013. The integration is proceeding smoothly.

u-blox continued to win new business in a wide range of markets, regions and innovative applications.
Highlights during the first half year include:

- Foryou General Electronics, a major Chinese supplier of in-car navigation and infotainment systems for domestic and global automotive markets, selected u-blox 6 GPS receiver modules for two lines of their advanced in-car infotainment systems.
- Starcom, an Israeli-based manufacturer of products for security applications, chose u-blox as the GPS receiver and wireless module provider for its "WatchLock" location-aware high-security padlock.
- u-blox achieved an industry first by providing the QZSS satellite positioning technology to Yupiteru, a Japanese manufacturer of telecommunications and car electronics for the Japanese market.
- u-blox provided its unique CellLocate(TM) hybrid GPS/cellular indoor positioning technology to LOSTnFOUND, a Swiss-based company specializing in intelligent solutions for the protection, monitoring and retrieval of people and property.

Products and innovation
During the first half of 2012, u-blox developed attractive and innovative products and technologies for both positioning and wireless applications. Here are some highlights:

Employees
The number of employees worldwide increased during the first half of 2012 mainly due to the acquisition of Cognovo (+30 employees). The company employed 277 people at June 30, 2012.

Expanded global presence
During the period, u-blox expanded its global organization: new R&D centers were established, through acquisition, in Melbourn (UK), Leuven (Belgium), and a new sales office was opened in Bangalore (India).

Outlook
u-blox is on track to achieve its planned growth in the consumer, industrial and automotive electronics markets. The growth in products and devices that rely on machine-to-machine communications is expected to accelerate in all market sectors over the coming years. With government mandates requiring vehicles to incorporate advanced telematics systems on top of the general trend towards increased mobility worldwide, the outlook for u-blox' dual positioning and wireless strategy is favorable.

For the full year 2012, u-blox increases its revenue guidance by CHF 10 million to CHF 165 million, and expects an EBIT of approximately CHF 20 million, 17% above the level that was predicted after the announcement of the Cognovo acquisition.

The indications are based on exchange rates of 1.20 for EUR/CHF and 0.95 for USD/CHF for the second half year 2012. u-blox' natural hedge against foreign exchange variations at the level of material costs helps maintain its relative gross margin. Revenue and EBIT, however, remain sensitive to the further variation of currency valuations against the Swiss Franc.

Disclaimer
This release contains certain forward-looking statements. Such forward-looking statements reflect the current views of management and are subject to known and unknown risks, uncertainties and other factors that may cause actual results, performance or achievements of the u-blox Group to differ materially from those expressed or implied. These include risks related to the success of and demand for the Group's products, the potential for the Group's products to become obsolete, the Group's ability to defend its intellectual property, the Group's ability to develop and commercialize new products in a timely manner, the dynamic and competitive environment in which the Group operates, the regulatory environment, changes in currency exchange rates, the Group's ability to generate revenues and profitability, and the Group's ability to realize its expansion projects in a timely manner. Should one or more of these risks or uncertainties materialize, or should underlying assumptions prove incorrect, actual results may vary materially from those described in this report. u-blox is providing the information in this release as of this date and does not undertake any obligation to update any forward-looking statements contained in it as a result of new information, future events or otherwise.

Swiss-based u-blox (SIX:UBXN) is the global leader in positioning and wireless semiconductors for the consumer, industrial and automotive markets. Our solutions enable people, vehicles and machines to locate their exact position and wirelessly communicate via voice, text or video. With a broad portfolio of chips, modules and software solutions, u-blox is uniquely positioned to enable OEMs to develop innovative personal, professional and M2M solutions quickly and cost-effectively. With headquarters in Thalwil, Switzerland, u-blox is globally present with offices in Europe, Asia and the USA.