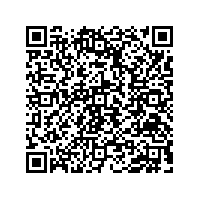 Sierra Wireless (NASDAQ: SWIR; TSX: SW) today announced the launch of a suite of new products designed for LTE networks, which will provide users wireless access at download speeds of up to 100 megabits per second (Mbps) and upload speeds up to 50 Mbps. Out of the gate, the Sierra Wireless portfolio will support all major network technologies and offer compatibility with existing 2G and 3G services, providing both excellent commercial viability and a solid end-customer experience that supports national and international roaming worldwide.

Leading Sierra Wireless' new LTE product launch are three additions to the AirPrime(TM) MC Series of Intelligent Embedded Modules: the AirPrime MC7750, MC7700 and MC7710. The three variants offer different network technology and frequency band combinations, as well as support for both Linux and Windows, allowing manufacturers to develop products once and easily repurpose that development work for other regions and customers. The AirPrime MC7750 module supports LTE, EV-DO and HSPA+ networks, while the AirPrime MC7700 and MC7710 modules support LTE and HSPA+ in different frequency bands.

Manufacturers are already using these new capabilities to incorporate high-speed wireless connectivity into a variety of upcoming devices, including notebook, netbook, and tablet computers; connected consumer electronics products such as personal navigation devices; and home or enterprise-class routers. Sierra Wireless already has several design wins for these modules with multiple device manufacturers.

"With its unprecedented flexibility and throughput, LTE technology is opening up new opportunities for the next generation of mobile computing, multimedia, and HD video applications," says Dan Schieler, Senior Vice President and General Manager, Mobile Computing for Sierra Wireless. "This series of intelligent embedded modules will help our customers take full advantage of new LTE network technologies and lead the industry in providing innovative products for this market."

In addition to the new AirPrime MC Series embedded modules, Sierra Wireless plans to introduce new AirCard® USB modems and mobile hotspots in the first half of 2011 that also support the latest LTE network technologies and data rates. As with the embedded modules, the new AirCard products will be backward-compatible with existing 2G and 3G networks to provide the widest coverage and best possible customer experience for end users as operators expand their LTE network roll-outs.

Sierra Wireless (NASDAQ: SWIR - TSX: SW) offers industry-leading mobile computing and machine-to-machine (M2M) communications products and solutions that connect people, devices, and applications over cellular networks. Wireless service providers, equipment manufacturers, enterprises and government organizations around the world depend on us for reliable wireless technology. We offer 2G, 3G and 4G wireless modems, routers and gateways as well as a comprehensive suite of software, tools, and services that ensure our customers can successfully bring wireless applications to market. For more information about Sierra Wireless, visit www.sierrawireless.com.