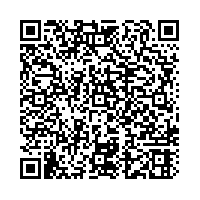 In the first six months of 2009, secunet Security Networks AG, a leading German provider of solutions and products for IT security and high-security, increased sales by 16% compared with the previous year. At the same time, the secunet Group once again posted a positive result, thus offsetting the negative first quarter. secunet publishes its half-year financial report 2009 today. The positive trend in the first six months, the good order situation and the general conditions for the core business give the company's Management Board confidence for the whole of 2009.

The consolidated sales of secunet Security Networks AG increased by 16% in the first half of 2009 from Euro 22.1 million in the previous year to Euro 25.5 million. The principle revenue driver is the Public Sector business division, which is geared towards authorities and which generates around 80% of sales revenue. The business division achieved substantial increases in sales in the months January through June 2009. Driven by a major infrastructure project and increasing demand for IT security consulting, the Government business unit in particular grew by 48%. In contrast sales, in the Business Security business unit, which is aimed at customers from the private sector, fell slightly. This is where the effects of the economic crisis are very apparent: budget restrictions and postponed projects are curbing growth.

The expense positions in the secunet Group rose from Euro 22.3 million in the first half of 2008 to Euro 25.5 million. Purchased materials and services, which increased by 24.3% from Euro 8.0 to 9.9 million, rose disproportionately. This is chiefly due to the growth in the product business which is linked with hardware supplies. In the first six months of 2009, personnel expenses increased by 13% to Euro 10.5 million, while depreciation remained almost constant at Euro 0.4 million. Other operating expenses rose slightly by 1.8% to Euro 4.8 million.

The profitable second quarter of 2009 with earnings before interest and taxes (EBIT) of Euro 0.4 million (previous year: Euro 0.02 million) offset the negative EBIT recorded in the first quarter of 2009. At the end of the first six months of 2009, EBIT stood at Euro 0.3 million compared with Euro 0.4 million in the previous year. The post-tax profit for the first half-year comes to Euro 0.3 million, a decrease of 53% compared with the previous year's value of Euro 0.6 million. Earnings per share in the first six months of 2009 amounted to Euro 0.04 (previous year: Euro 0.10).

Compared with the situation as of December 31, 2008 (Euro 15.9 million), liquid assets in the secunet Group were reduced by Euro 8.1 million to Euro 7.8 million as of June 30, 2009. The reasons for this are the payment of variable salary components in the first quarter of 2009, the decline in trade payables and the increase in receivables in the first half of 2009. This reduction in short-term current assets is also clearly apparent in the cash flow for the first six months: following Euro -3.7 million in the previous year, cash flow in 2009 amounted to Euro -8.1 million.

"Our sustainable increase in sales confirms that we are very well positioned in the growth market of state-of-the-art IT security", says Dr. Rainer Baumgart, CEO of secunet Security Networks AG. "Business with customers from the public sector will also ensure stable, future development."

secunet's good market position and the general conditions in the IT security business give the Management Board confidence for future growth in the 2009 financial year. secunet Security Networks AG's volume of orders as of June 30, 2009, supports this view: at Euro 28.1 million, it represents an increase of 49% on the previous year.

secunet is one of Germany's leading providers of superior IT security. In a close dialogue with its customers - enterprises, public authorities and international organisations - secunet develops high-capacity products and excellent IT security solutions. Thus, secunet not only keeps IT infrastructures secure for its customers, but also achieves intelligent process optimisation and creates sustainable added value.

At secunet, more than 270 experts focus on issues such as cryptography (SINA), e-government, business security and automotive security with the aim of always being one step ahead of the competition in terms of quality and technology. secunet puts emphasis on long-term relationships with its customers and an atmosphere based on partnership. This is impressively shown by the security partnership with the Federal Republic of Germany that has been in effect since 2004.