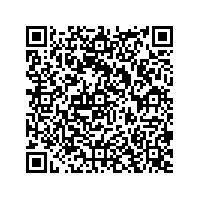 But, says network acceleration specialist Napatech, during the year to June 2010, Internet carriers responded to this growth by adding an extra 12.2 terabits per second (Tbps) of capacity to give an annual capacity growth rate of 55 per cent - and a whopping 64 per cent of capacity growth in the years 2006 to 2010.

"Boosting Internet capacity by 64 per cent over the four years to June 2010 is good news for users, as it maintains the status quo of balancing capacity with usage, but the bottom line is that carriers are effectively throwing extra bandwidth at the problem, rather than looking at how the usage can be made more efficient," said Dan Joe Barry, Napatech's VP Marketing.

"When you look into the figures from Telegeography, you realise that peak time utilisation of Internet bandwidth is hovering at between 40 and 60 per cent, or to put it another way, the unused capacity of the Internet hovers between the same percentiles during peak periods," he added.

According to Barry, whose OEM customers assist enterprises and carriers in optimizing their IP network resources using Napatech technology- and so extract maximum benefit from existing resources - the report also shows that prices for Internet bandwidth are falling rapidly.

And, he says, whilst this may be classic supply/demand price relationship playing out, it doesn't take a mathematical genius to realise that there will be a point in the near future where continued investment in bandwidth can no longer be justified.

Carriers, says Barry, should really be investing their money in technology that provides real-time information on what is happening on the Internet and IP networks in general.

Network performance, monitoring and analysis tools, he explained, can be used to get a better understanding of how the network is behaving, which applications are taking up bandwidth and which users are most active.

This real-time information, he says, can also be used for forensics and troubleshooting to understand what happened in the network after an incident occurs.

And, says Barry, the real-time data can also be used to optimise network planning, as well provide the required data to implement more sophisticated pricing models based on bandwidth consumption.

"It's ironic that wireline and wireless carriers are already offering differential pricing models based on bandwidth consumption to a growing number of their customers, yet failing to implement similar strategies in their own backyard, the carrier marketplace," he said.

"Throwing bandwidth at the problem works and may be simple to implement, but keeping utilisation levels low only serves to combat the symptoms of a problem and not the underlying root cause of these problems. At some point, that root cause needs to be understood and addressed," he added.

For more on the Telegeography report: http://bit.ly/cq7RIc
For more on Napatech: www.napatech.com