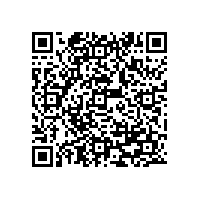 
The future belongs to renewables such as wind and solar energy – but only if the systems operate smoothly. For example, this is often not the case with photovoltaic systems that private individuals and corporate customers operate on their roofs. Studies and surveys conducted among photovoltaic experts show that more than 80 percent of photovoltaic systems installed in Germany have defects. This means that these systems do not deliver the yields that owners and operators expect from them. Losses of tens of thousands of euros over the total service life can occur.

The start-up ucair, the latest spin-off of innogy’s Innovation Hub, is solving this problem with an innovative idea: instead of sending technicians up to the roofs to check the photovoltaic systems, ucair carries out the check with a drone. It is faster and significantly cheaper. ucair founder Christian Shuster says: "We have developed a clear vision for our customers: no rays of sunlight should be wasted due to defective solar cells. In order to achieve this, we use a network of more than 40 drone pilots throughout Germany who capture footage of the systems of our customers with thermography drones," explains Shuster, who was recently selected as one of the "100 most innovative minds in Germany" by the German financial journal "Handelsblatt".

The pilots then forward the thermographic data to ucair for analysis. Damage to cells and modules as well as total malfunctions of individual components become visible thanks to differences in temperature during the partially automated analysis conducted by experts. "On the basis of this analysis, the customer receives a detailed report as well as recommendations from us regarding the repairs that are required to achieve maximum yield," explains ucair co-founder Marian Krüger. Since the project started in August 2016, ucair has inspected solar energy systems with a capacity of 25 megawatts and therefore shown private and corporate customers how they can increase their yield by more than 90,000 euros a year. Other customer systems with a capacity of almost 30 megawatts will be flown in the next few weeks.

Thomas Birr, Senior Vice President & Business Transformation: "We firmly believe that ucair will succeed. With a total installed capacity of solar systems of 40 gigawatts, Germany is an ideal launch market for ucair. In light of the significant growth rates of the global solar market, we also see a lot of potential for the expansion and internationalisation of the business," says Birr, who is responsible for the area of innovation, the innogy Innovation Hub, at Germany’s leading energy company.

Similar to major providers of other industries such as uber or airbnb, ucair relies on the platform model and mediates the inspection process without owning a single drone itself. However, ucair has its own data analysis system and therefore sets itself apart from pure marketplace solutions that only liaise with service providers. Following the successful development phase, ucair is now embarking on its first business year as an independent company with a seed investment in the amount of one million euros from innogy.

innogy was formed from the restructuring of the RWE Group and started operations on 1 April 2016. Its IPO in October 2016 made innogy SE Germany's most valuable energy company.

We are working on future-oriented technologies for the energy world of tomorrow. Our employees are researching and developing innovative products and services in many areas of the company. In the innogy Innovation Hub alone, more than 130 in-house and third-party experts are working on the business models of the future. We also cooperate internationally with start-up companies, and for this purpose we have our own innovation teams in place in the start-up scene in Silicon Valley, Tel Aviv, London and Berlin. innogy invests in highly promising new companies around the world, and has initiated a €130 million investment programme for the purpose via innogy corporate ventures GmbH.