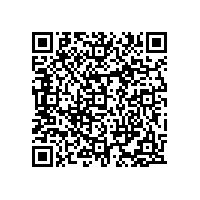 innogy is on the right path: Step by step, it is delivering on the promises made at the time of the IPO. During the first half of 2017, innogy increased its result as expected: Adjusted EBITDA was about EUR 2.4 billion, up 2 per cent year on year. Net of operating depreciation and amortisation, innogy posted adjusted EBIT of about EUR 1.7 billion, an increase of 4 per cent compared to the same period last year. Adjusted net income was up as much as 16 per cent, to EUR 857 million. Besides the rise in operating earnings, in particular the significant improvement in the adjusted financial result came to bear here.

The company's robust risk profile has also been acknowledged by the rating agencies, which assign a solid investment grade to innogy - Moody's gave innogy a Baa2 rating at the end of June.

As at 30 June 2017, innogy employed 41,944 people (converted to full-time positions). It generated external revenue of around EUR 21.7 billion, which was down 5 per cent year on year.

Peter Terium, Chief Executive Officer of innogy SE: "We are staying on course, as promised: innogy is all about stable business and value-added growth. This is also reflected in the figures. The growth in our adjusted net income, the basis for our dividend payment, is particularly strong. Business performance during the first half of the year developed in line with our outlook for fiscal 2017, which we can confirm at both a Group and a divisional level from today's perspective."

Terium says there are three main topics on the agenda for the second half of fiscal 2017: "We are aligning our grid infrastructure with the demands of the energy world of the future. We are tapping into new markets in the area of electricity generation from renewables, with a particular focus on North America. And we are expanding our good starting position in e-mobility, as we aim to become a leading solution provider for charging infrastructure in Europe and the USA. Since the beginning of the year, we have been putting all our efforts into solar and storage technologies via our new acquisition, Belectric. In short, we are driving the energy transition forward. To implement our strategy, we invested more than EUR 700 million in the first half of 2017 alone - 9 per cent more than in the same period last year."

Positive development of earnings in grid business in particular

The grid business was the main driver of the earnings growth achieved in the first half of 2017. Adjusted EBIT from the Grid & Infrastructure division increased by 19 per cent, to EUR 1,094 million. This was influenced mainly by lower expenses for operating and maintaining innogy's networks in Germany. In addition, in the first quarter of 2016, provisions had been accrued in this segment for partial retirement measures. In Eastern Europe, cooler weather conditions compared to last year's corresponding period, among other things, had a positive impact on earnings as well. They drove up volume on the gas distribution networks, especially in the Czech Republic.

Adjusted EBIT in the Renewables division was down 18 per cent to EUR 179 million. This was primarily due to below-average wind and precipitation levels during the first half of the year. In addition, positive one-off effects in the previous year did not recur. The devaluation of the British pound compared to the euro also had a negative impact. A positive effect by contrast was felt from the commissioning of new onshore wind farms.

At EUR 588 million, adjusted EBIT in the Retail division was 8 per cent down year on year: While efficiency-enhancing measures and cost reductions had a particularly positive effect on earnings in the Retail Germany segment, earnings in the Eastern European retail business remained stable. Conversely, the Retail Netherlands/Belgium segment was characterised by a drop in customer figures and sales, which was only partially offset by lower costs and efficiency measures. There was also a decline in earnings in the Retail United Kingdom segment: The restructuring programme initiated at the beginning of 2016 led to a reduction in the cost base in the first six months of 2017, but the competitive landscape there remains very tough in the retail business. Following customer losses in the first quarter, however, some 50,000 new customers were acquired during the second quarter. Improved service performance also came to bear here: There was a marked reduction in the number of customer complaints. Of the Big 6 energy companies in the United Kingdom, innogy's retail brand npower had the second-lowest rate of customer complaints, whereas it received the highest number of complaints in 2015.

Electricity generation down 8 per cent year on year

In the first half of 2017, innogy produced 5.7 billion kWh of electricity, 8 per cent less than in the same period last year. A large portion was attributable to generation from renewables: about 65 per cent from onshore and offshore wind turbines and about 21 per cent from run-of-river and storage power stations. A small proportion was produced by biomass and photovoltaic plants. Some 11 per cent stemmed from conventional electricity generation capacities at companies in which innogy holds a stake.

The great extent to which renewable electricity generation depends on the weather is reflected in the year-on-year decline in electricity production: Wind, precipitation and melt water levels in the first half of 2017 were below average at many wind and hydroelectric power locations of significance to innogy.

Electricity sales volume up 5 per cent, gas delivery volumes down 4 per cent year on year

In the first half of 2017, innogy sold 129.8 billion kWh of electricity to external customers, 5 per cent more than in the same period last year. This was mainly the result of winning new customers in business with German distributors as well as supplying more electricity to existing customers. Conversely, in the United Kingdom and the Netherlands/Belgium, innogy lost residential and small commercial customers to the competition.

Gas sales declined by some 4 per cent to 128.0 billion kWh: This was predominantly due to industrial and corporate customers switching to other providers, particularly in some Eastern European countries, but also in the Netherlands/Belgium and the United Kingdom.

Capital expenditure up 9 per cent

innogy's capital expenditure in the first half of 2017 rose by 9 per cent year on year to EUR 713 million. This was largely due to the acquisition of the international solar and battery specialist Belectric. The expansion and modernisation of its grid infrastructure continue to be a focal point of the company's investing activity. Besides maintenance, the focus was on the connection of decentralised generation assets and network expansion in relation to the energy transition. In addition, innogy spent capital on various onshore wind projects in the United Kingdom and Germany. However, capital expenditure on property, plant and equipment in the Renewables division was on a par year on year.

As at 30 June 2017, net debt totalled EUR 17.1 billion, up by about EUR 1.4 billion compared to 31 December 2016. This was primarily due to the dividends paid in the second quarter. Another reason is the negative free cash flow: For seasonal reasons, electricity and gas sales volumes are above average at the beginning of the year, whereas payments received from customers are spread evenly over the year. This effect regularly leads to an increase in working capital and thus to lower cash flows from operating activities in the first half of the year.

At the end of June, following the assessments by rating agencies Fitch and Standard & Poor's, Moody's gave innogy's creditworthiness a stable investment grade with a rating of Baa2. The rating reflects innogy's robust risk profile and underscores the company's high creditworthiness.

As at 30 June 2017, innogy employed 41,944 people (converted to full-time positions), a net increase of 1,308 compared to the end of 2016. The rise primarily stemmed from personnel transfers from the German locations of RWE companies to the innogy Group as part of the reorganisation of the entire RWE Group. These processes have now been largely completed. The acquisition of Belectric also increased the headcount by approximately 550 in the first half of the year.

innogy maintains the outlook on this year's business performance, which was first published on 13 March 2017 and confirmed on 12 May. It anticipates that the innogy Group will achieve about EUR 4.4 billion in adjusted EBITDA and about EUR 2.9 billion in adjusted EBIT. From today's perspective, adjusted net income is expected to total over EUR 1.2 billion, thus exceeding the figure achieved in 2016 by at least 7 per cent.

Peter Terium: "We still anticipate that adjusted net income will rise by at least 7 per cent to over EUR 1.2 billion. This is good news for our shareholders, since our dividend is based on adjusted net income, of which we intend to continue paying out 70 to 80 per cent in dividends. We will decide within the Executive Board together with the Supervisory Board on the exact dividend proposal for 2017 at the beginning of next year."

In the Renewables division, the commissioning of new capacity will have a positive effect. The negative foreign exchange trend in the United Kingdom and the non-recurrence of positive one-off effects felt last year will have an opposing impact. The division will therefore probably close fiscal 2017 slightly down year on year.

In the Grid & Infrastructure division, the development of the result will mainly be characterised by the positive effect of lower costs incurred to maintain and operate innogy's grids. Furthermore, provisions were accrued last year for partial retirement measures. An increase in the result is expected as a consequence.

The situation in the UK retail business remains very tense due to the fierce competition and political pressure. Measures to reduce costs within the scope of the restructuring programme will help to partially offset negative market effects. However, the Retail United Kingdom segment is not expected to generate positive adjusted EBIT in 2017. Overall, in the Retail division, innogy intends to counter this with additional efficiency measures and therefore currently maintains its outlook. The forecast does not take account of potential further regulatory intervention in the UK retail business, for example by way of a price cap on standard variable tariffs.