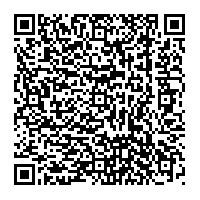 Subscribe to news
(PresseBox) ( Frankfurt, 17-05-26 )
Italy’s True Fleet Market much like the rest of the EU-5 (Spain the exception) had a tough April. With a decline of -9.8% April marked the first month since October 2013 with fewer registrations than in the previous year’s comparison month. Nevertheless the year-to-date performance is still very positive with a + 7.0%. April was even tougher for the Private Market, with a double-digit drop of -12.5% but YTD, like in True Fleet, remained positive with a + 5.8%. Italy’s Total Market finished with a little under 165,000 registrations but was also down by 3.7%

But the award for the most outstanding effort certainly goes to Alfa Romeo. The FCA brand jumped from rank number 21 into 7th position behind Fiat, Mercedes, BMW, Volkswagen, Ford and Audi with a remarkable growth rate of 341.3%!

Alfa’s top-seller, the Giulietta scored a plus of 180.1% and ranked 2nd in the Compact Car segment behind Fiat Tipo, with additional brand volume coming from the new entries, Giulia and Stelvio. This in turn helped to raise Alfa’s market share in True Fleets to 4.5%, its highest share since December 2012. The all new SUV Stelvio will be an especially interesting vehicle to monitor over the next few months. Introduced into the market just three months ago the Stelvio is already ranked 11th in the SUV segment for April and it will probably be just a matter of time before it reaches the SUV podium.

Volvo also had a very positive April with a growth of 72.5% and achieving a market share of 1.9%. In contrast to the general trend this increase was not only driven by SUV models. The V40/Cross Country more than doubled its registrations over April 2016 but it was the larger V60 which had an especially good month. The Swedish Middle Class model managed a growth of not less than 228% pushing itself to rank number six in its segment behind BMW 3 Series, Audi A4, Mercedes C Class, Volkswagen Passat and Alfa Romeo Giulia.

DATAFORCE – Focus on Fleets
Dataforce is the leading provider of fleet market data and automotive intelligence solutions in Europe. In addition, the company also provides detailed information on sales opportunities for the automotive industry, together with a wide portfolio of information based on primary market research and consulting services. The company is based in Frankfurt, Germany.