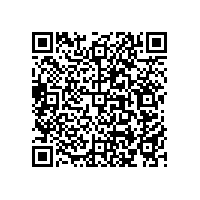 These positive figures for 2016 were the result of, among other things, the stable business with existing customers, which was characterised by successful projects and continuously generated new orders. Along with this successful business with existing customers, 2016 saw the addition of many new international customers, including UNIQA Asigurari de viata, APRIL Portugal, Tranquilidade, Línea Directa and Helvetia Österreich.

Furthermore, msg life recorded two extraordinary sales successes with regard to msg.Insurance Suite (msg.I-Suite): Canada Life Europe contracted the company to introduce the entire msg.I-Suite for the German Life segment of Canada Life, and Austrian insurer UNIQA opted for the implementation of msg.Life Factory as well as other significant components of msg.I-Suite for its Life segment.

As part of the independent, internationally active msg Group, msg life ag and its subsidiaries are among the leading software and consulting companies for the European insurance sector. Their products and services range from standard software through consulting services to the assumption of responsibility for IT operations (cloud solutions).

The msg life Group has its head office in Leinfelden-Echterdingen and offices in Munich, Düsseldorf, Hamburg and Cologne, plus subsidiaries in the Netherlands, Austria, Switzerland, Slovakia, Slovenia, Poland, Portugal and the USA. It currently employs a workforce of over 900.

Dealings in securities by Prescribed Officers and an Associate