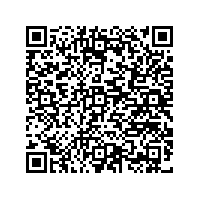 (PresseBox) ( Loßburg, 08-05-29 )
Since mid-April, a truck has been on the road throughout Europe, equipped with an Arburg injection moulding machine and various plastic exhibits as part of the "Technology on Tour 2008" roadshow. Working together with French plastics cluster "Destination Plasturgie", Arburg is presenting its corporate goal of "Energy Efficiency Allround", as well as the fascinating world of plastics.

On board the truck is an electric Allrounder 320 A with a clamping force of 500 kN and a size 170 injection unit as a demonstration object. The exhibition is centred around the theme of "Energy Efficiency Allround". A presentation on this subject explains the overall energy efficiency strategy, which ranges from environmentally-friendly building technology at the company's headquarters in Lossburg and the resource-efficient production of Arburg machinery, to advising customers on energy issues.

Copenhagen, Denmark
The tour started on 15 April 2008 in Copenhagen: the city's central square in front of the town hall provided the venue for the presentation by the Danish plastics industry association "Plastindustrien i Danmark" in collaboration with Arburg. In addition to presenting the Arburg Group, the truck had a special task in Denmark, namely to arouse interest among suitably qualified recruits for the plastics sector. Part of this campaign involved stimulating interest in training in plastics technology as a career. At present, around 150 plastics engineers are trained each year in Denmark alone, although actual demand is for almost twice as many. Thus, the advertising campaign will benefit the entire industry. Ultimately, Arburg will also benefit from this event because, as a classic mechanical engineering company and provider of high-quality injection moulding machinery, it is always looking for well-trained personnel, particularly in the technical sector.

Arburg is pleased with the interest demonstrated by about 150 schoolchildren, who took the opportunity to visit the travelling exhibition and to find out about the training opportunities available. "I didn't know that so many everyday objects are made from plastic or that there are so many different applications," was the surprised reaction of one young schoolgirl who is considering a training course in the plastics sector. The trainees from "Den jydske Haandværkerskole" help guide the students around the exhibition and were available to answer any questions that arose. The event was rounded off by students from the Danish Technical University, DTU, who enthralled their young audience with numerous experiments involving plastics. The Arburg team under branch manager Eddie Oswald was on hand to provide advice and assistance to their curious young audience.

Malmö, Sweden
One day later, on 16 April 2008, the travelling exhibition made its next stop: for two days the truck enjoyed a prime location spot opposite the main entrance to the "easyFairs" show in Malmö, Sweden. This time the main target group for the exhibition was trade visitors rather than new young recruits. The public responded very positively to the truck and its exhibits: "This is a really brilliant idea!" was just one of the positive reactions heard from visitors after they had seen the interior of the truck for themselves. Many customers were also very impressed by the equipment on the truck and were full of praise for the initiative.

Barcelona and Antzuola, Spain
On its way south, the truck stopped off in Barcelona on 5 May and in Antzuola on 6 May. For both roadshow events in Spain the truck was parked in front of technology institutes that act as service and consulting partners for injection moulding businesses. A total of about 60 customers and interested parties accepted the invitation to attend the presentations on energy efficiency and the benefits of the electric Allrounder A series held on the premises of the institutes themselves. The theory outlined in the presentations was subsequently explained in greater practical detail on the machine itself in an atmosphere that was characterised by intensive and constructive discussions with customers. Once again, guests were obviously very impressed with the truck, seeing it as an unconventional, but extremely effective idea.

Spanish subsidiary manager Martin Cayre and his sales team looked after the customers. A service engineer was also available to carry out energy consumption measurements on the machine, underpinning the theoretical explanations with hard facts. The results showed that the energy consumed by the electric machine in producing the injection-moulded buggy was over 60 percent lower than for a comparable hydraulic machine.

Moldplas Show in Batalha, Portugal
As in Sweden, the truck was parked at a prime location in front of the main entrance to the Moldplas show in Batalha, Portugal, on 8 and 9 May 2008. This meant that visitors to the fair could view the exhibit either before or after the show. Many visitors took this opportunity to visit the exhibit twice: as well as the official visit to the exhibition stand itself, discussions also took place outside around the truck.

Arburg, a German machine construction company, is one of the leading global manufacturers of injection moulding machines for plastics processing with clamping forces between 125 kN and 5,000 kN. Fields of application include the production of plastic parts for motor vehicles, communications and consumer electronics, medical technology, domestic appliances and packaging. The product range is completed by robotic systems, complex projects and other peripherals. Arburg's operations are coordinated by an integrated management system and are DIN EN ISO 9001 and 14001 certified. Arburg is represented by its own organisations in 23 countries at 31 locations and by trading partners in more than 50 countries. However, the machines are produced exclusively in the parent factory in Lossburg (Germany) - with the mark of quality "made by Arburg - made in Germany". From a total of more than 2,000 Arburg employees, around 1,700 work in Germany. Around 330 further employees work at the worldwide Arburg organisations.