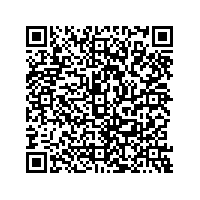 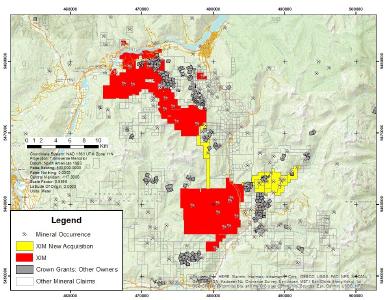 The new property consists of 11 mineral claims covering approximately 1,600 hectares, and covers the Protection (Goodenough), Blackcock, Arizona, Ymir-Good Hope, Commodore and part of the Ymir historic mines.  The claims also cover four other known prospects with similar styles of mineralization including the Ymir Belle prospect from which a small amount of production was recorded. The past production and calculated grades are presented in the table below.

The new property also covers a tailings deposit from the historic Wilcox mine.   The Wilcox Mine was a small, high-grade gold producer with a mill that processed about 14,555 tonnes of ore between 1900 and 1940.

In 2005, the resource potential of the tailings deposit was estimated in a report titled “Wilcox Mine Tailings - Gold Resource Evaluation” by Doug Warkentin, P.Eng., of Crucible Engineering Services, Vancouver, B.C. Canada., dated September 17,2005.  The average grade of the tailings deposit was estimated at 3.09 grams gold per tonne, based on multiple assays of samples collected on a grid pattern.  The tonnage was estimated at 12,387 tonnes, based on depth and specific gravity measurements.  The in-situ gold potential was then estimated as 1230 ounces of gold.  An average gold recovery rate of 80% was projected based on metallurgical test results available.

The Company also acquired an additional 5 mineral claims covering approximately 589 hectares in the Hall Creek area from the same vendor that connect Ximen’s Rozan and Stewart properties.  These claims also cover the Gold King, a small past producer of gold, silver and copper, and the Independence and Mammoth gold-copper-silver and cooper-molybdenum prospects.

The new land acquisitions add to the total land package that Ximen has assembled since first acquiring the Kenville gold mine.  Earlier this year, properties were acquired from Emgold Mining Corporation, Klondike Gold Corp. and 49er Creek Gold Corp.  With this latest acquisition, Ximen’s land package in the Nelson-Ymir-Salmo area now amounts to approximately 16,495 hectares.

Key points of the transaction include:
Dr. Mathew Ball, P.Geo., VP Exploration for Ximen Mining Corp. and a Qualified Person as defined by NI 43-101, approved the technical information contained in this News Release.