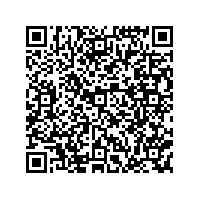 Subscribe to news
(PresseBox) ( Vancouver, British Columbia, 20-10-28 )
Vizsla Resources Corp. (TSX-V: VZLA) (OTCQB: VIZSF) (Frankfurt: 0G3) (“Vizsla” or the “Company” - https://www.commodity-tv.com/ondemand/companies/profil/vizsla-resources-corp/ ) is pleased to announce that a fifth drill rig has arrived at the Panuco silver-gold project (“Panuco or the “Project”)  in Sinaloa, Mexico,  and will be initially targeting the Tajitos discovery on the Cinco Senores vein corridor at the Project.

The Company has now completed a total of 16,700 metres of drilling at Panuco  as of October 7th, 2020.  The Company intends to complete 31,300 metres of diamond drilling across three main vein corridors including Napoleon, Cordon del Oro and Animas. The district remains vastly underexplored, as evidenced by the multiple high-grade discoveries over the last 6 months.

CEO Michael Konnert stated “As our team continues to deliver drill results at the Panuco silver-gold project, we have decided to add an additional rig within the existing budget.  This rig, the fifth at site, will be provided by a second contractor, Bysla Drilling, in addition to the four operated by Maza Drilling.  The new rig will follow-up the previously announced Tajitos discovery as the existing rigs are fully occupied on their present targets. Vizsla’s goal in the coming months is to expand the extent of high-grade mineralization drilled at the Project and to find new high-grade discoveries across the underexplored region.”

A total of four holes have been completed by Vizsla to date into the Tajitos vein, located 900 metres southeast of the first Napoleon discovery with results from the first three holes reported on September 3, 2020.  The Tajitos vein appears to have seen significant historical mine development but had never previously been drilled.

The Tajitos vein is a northeast trending vein on the Cinco Senores Vein Corridor.  The vein has been sampled over 360 metres of strike with consistent mineralization and additional drilling will step out along strike and at depth from the initial intercepts.

The Tajitos vein zone is composed of a quartz breccia vein with an early white locally banded quartz supporting andesite lithic clasts, followed by a later white to greyish quartz supporting brecciated clasts of earlier white quartz veins.  This zone was then cut by a later white to clear quartz vein with local dark bands or patches of fine-grained sulphides that is cutting a zone of quartz psuedomorphs after bladed calcite and pink rhodochrosite.  The better grades are in the earlier breccias associated with dark bands or dark patches of very fine-grained disseminated sulphides.  This vein zone is hosted in a package of andesite flows and tuffs that is variably magnetic.

Vizsla has an option to acquire 100% of the recently consolidated 9,386.5 hectare Panuco district in southern Sinaloa, Mexico, near the city of Mazatlán. The option allows for the acquisition of over 75 kilometres of total vein extent, a 500 ton per day mill, 35 kilometres of underground mines, tailings facilities, roads, power and permits.

The Company’s disclosure of technical or scientific information in this press release has been reviewed and approved by Stewart Harris, P.Geo., an independent consultant for the Company. Mr. Harris is a Qualified Person as defined under the terms of National Instrument 43-101.

The Company entered into a prospecting agreement with Kelly Cross dated September 3, 2020 (the “Prospecting Agreement”), whereby Mr. Cross will receive his fees in cash and Common Shares.  The Common Shares will be issued under the Prospecting Agreement at a deemed price per share to be determined after the date that the services have been provided and on the following schedule.

Effective date: US$6,500 in Common Shares

Three-month anniversary of Effective Date: US$12,500 in Common Shares

Six-month anniversary of Effective Date: US$12,500 in Common Shares

This news release includes certain “Forward‐Looking Statements” within the meaning of the United States Private Securities Litigation Reform Act of 1995 and “forward‐looking information” under applicable Canadian securities laws. When used in this news release, the words “anticipate”, “believe”, “estimate”, “expect”, “target”, “plan”, “forecast”, “may”, “would”, “could”, “schedule” and similar words or expressions, identify forward‐looking statements or information. These forward‐looking statements or information relate to, among other things: the development of Panuco, including drilling programs and mobilization of drill rigs; future mineral exploration, development and production; and completion of a maiden drilling program.

Forward‐looking statements and forward‐looking information relating to any future mineral production, liquidity, enhanced value and capital markets profile of Vizsla, future growth potential for Vizsla and its business, and future exploration plans are based on management’s reasonable assumptions, estimates, expectations, analyses and opinions, which are based on management’s experience and perception of trends, current conditions and expected developments, and other factors that management believes are relevant and reasonable in the circumstances, but which may prove to be incorrect. Assumptions have been made regarding, among other things, the price of silver, gold and other metals; no escalation in the severity of the COVID-19 pandemic; costs of exploration and development; the estimated costs of development of exploration projects; Vizsla’s ability to operate in a safe and effective manner and its ability to obtain financing on reasonable terms.

These statements reflect Vizsla’s respective current views with respect to future events and are necessarily based upon a number of other assumptions and estimates that, while considered reasonable by management, are inherently subject to significant business, economic, competitive, political and social uncertainties and contingencies. Many factors, both known and unknown, could cause actual results, performance or achievements to be materially different from the results, performance or achievements that are or may be expressed or implied by such forward‐looking statements or forward-looking information and Vizsla has made assumptions and estimates based on or related to many of these factors. Such factors include, without limitation: the Company's dependence on one mineral project; precious metals price volatility; risks associated with the conduct of the Company's mining activities in Mexico; regulatory, consent or permitting delays; risks relating to reliance on the Company's management team and outside contractors; risks regarding mineral resources and reserves; the Company's inability to obtain insurance to cover all risks, on a commercially reasonable basis or at all; currency fluctuations; risks regarding the failure to generate sufficient cash flow from operations; risks relating to project financing and equity issuances; risks and unknowns inherent in all mining projects, including the inaccuracy of reserves and resources, metallurgical recoveries and capital and operating costs of such projects; contests over title to properties, particularly title to undeveloped properties; laws and regulations governing the environment, health and safety; the ability of the communities in which the Company operates to manage and cope with the implications of COVID-19; the economic and financial implications of COVID-19 to the Company; operating or technical difficulties in connection with mining or development activities; employee relations, labour unrest or unavailability; the Company's interactions with surrounding communities and artisanal miners; the Company's ability to successfully integrate acquired assets; the speculative nature of exploration and development, including the risks of diminishing quantities or grades of reserves; stock market volatility; conflicts of interest among certain directors and officers; lack of liquidity for shareholders of the Company; litigation risk; and the factors identified under the caption “Risk Factors” in Vizsla's management discussion and analysis. Readers are cautioned against attributing undue certainty to forward‐looking statements or forward-looking information. Although Vizsla has attempted to identify important factors that could cause actual results to differ materially, there may be other factors that cause results not to be anticipated, estimated or intended. Vizsla does not intend, and does not assume any obligation, to update these forward‐looking statements or forward-looking information to reflect changes in assumptions or changes in circumstances or any other events affecting such statements or information, other than as required by applicable law.