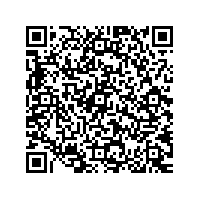 Trent Mell, President & Chief Executive Officer, commented:
“Borehole electromagnetics may prove to be an effective tool for quickly detecting potential mineralization in the Camp. This signature connects veining logged in drill core with anomalous EM responses measured in-holes and potentially off-holes. We will continue to use EM type surveys in other areas to expedite future exploration planning.”

First Cobalt completed tests using a borehole electromagnetic (EM) system on ten drillholes in Cobalt South that are known to have intersected vein-style mineralization. The objective of this program was to assess EM methods against known mineralized targets to validate this geophysical tool for future application in the Cobalt Camp.

EM surveys measure electrical conductivity contrast between conductive minerals containing metals such as cobalt and silver and the host rock. The system detects conductivity in rocks intersected in the drillhole, an “in-hole response,” and away from the hole, an “off-hole response,” to a distance of approximately 100 metres.

Three areas were targeted for surveying: the area known as the Woods Vein Extension, the Frontier #1 vein and an area near the Keeley mine (Figure 1). The Woods Vein Extension area was previously believed to be barren but, based on new mapping and drilling, may be the extension of the Woods-Watson vein system that accounted for over 80% of the historic production in the Cobalt South region of the Cobalt Camp.

Electromagnetic Survey Results
Results of the program were positive, with both in-hole and off-hole electromagnetic anomalous responses encountered.
Five holes were surveyed near the Keeley mine and three at the Woods Vein Extension, to the north of the Frontier mine. Three holes with known cobalt veining provided an in-hole EM response consistent with drill core logging and assay results, confirming the ability of EM to detect a geophysical signature for cobalt veins.

More significantly, surveying in one hole near the Keeley mine detected an off-hole response, indicating a potential extension of the veining recorded in the hole. Two holes drilled along the Frontier #1 vein were also surveyed to detect off-hole anomalies, but did not encounter any EM responses.

Next Steps
EM surveying has not been used extensively in the Cobalt Camp despite cobalt and silver minerals being excellent conductors. The pulse EM method which is being used is well suited for this setting. The success of this program has three implications for First Cobalt.
First, ground-based EM system testing will commence shortly to determine if the cobalt veins encountered by drilling can be detected from surface. An expanded ground EM survey over the Woods Extension area is also being considered. If the results from the borehole program can be replicated from surface, EM surveys could have a camp-wide application as a prospecting and drill hole targeting tool.
Second, the off-hole anomaly detected near Keeley will be targeted during the winter drilling program starting in January.

A third implication is the opportunity to employ EM more systematically with drill campaigns, in order to quickly identify the extension of mineralized intercepts.
Crone Geophysics, based in Mississauga, Ontario, have been contracted to conduct the surveys. Crone Geophysics develops high quality instruments and has provided leading edge surveying and consulting since 1962.

Figure 1. Bedrock geology and location of holes surveyed
Qualified and Competent Person Statement
Dr. Frank Santaguida, P.Geo., is the Qualified Person as defined by National Instrument 43-101 who has reviewed and approved the contents of this news release. Dr. Santaguida is also a Competent Person (as defined in the JORC Code, 2012 edition) who is a practicing member of the Association of Professional Geologists of Ontario (being a ‘Recognised Professional Organisation’ for the purposes of the ASX Listing Rules). Dr. Santaguida is employed on a full-time basis as Vice President, Exploration for First Cobalt. He has sufficient experience that is relevant to the activity being undertaken to qualify as a Competent Person as defined in the JORC Code.

Neither TSX Venture Exchange nor its Regulation Services Provider (as that term is defined in policies of the TSX Venture Exchange) accepts responsibility for the adequacy or accuracy of this release.
Cautionary Note Regarding Forward-Looking Statements