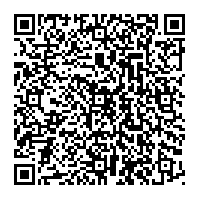 (PresseBox) ( Vancouver, Canada, 19-10-09 )
Endeavour Silver Corp. (TSX: EDR, NYSE: EXK - https://www.youtube.com/watch?v=P8Kemmobbhg&t=8s ) reports its production results for the Third Quarter, 2019 from the Company’s four silver-gold mines in Mexico: the Guanaceví mine in Durango state, the Bolañitos and El Cubo mines in Guanajuato state and the El Compas mine in Zacatecas state.

Bradford Cooke, Endeavour CEO, commented, “Our production in the Third Quarter 2019 was down year-on-year but we are seeing positive traction from all the operational changes made in the past two quarters. We expect lower operating costs in Q3 and further improvements of Guanacevi and Bolanitos tonnes and grades in Q4, 2019 which should have a positive impact on costs and production.”

“We continued to advance our Terronera and Parral projects with engineering trade off studies during the quarter.  The mining and processing of bulk samples from each project are planned this quarter in order to complete a final PFS for Terronera and an initial PEA for Parral.  Our exploration programs continue to generate positive brownfields results and we plan to drill two greenfields projects in Chile in Q4, 2019.”

A Company-wide review of the four mines at the end of Q1, 2019 identified several deficiencies in the operating performance at each mine-site.  As a result, management initiated multiple measures in Q2 and Q3, 2019 including changes of mine-site management and contractors, changes to shift and contractor supervision, renting used mining equipment and leasing new mining equipment, revising the 2019 mine plans for all four mines, particularly Guanacevi, and reducing the work force.  The Company also took actions to cut operating and administrative costs and deferred all discretionary expenditures.

Third Quarter 2019 production was slightly lower than Second Quarter 2019 production because the many operational changes took longer to implement than planned, dilution remains high due to narrower than planned veins and a heavy rain season negatively impacted ore tonnes processed by the plants.  However, management expects Q3 operating costs should be lower than Q2, due to the cost reductions, and Bolanitos and Guanacevi Q4 silver equivalent production, tonnes and grades should increase towards plan due to the operational changes.

Production increased compared to Q3, 2018 due to higher ore grades mined from the Milache ore body. Output continues to rise as planned at Milache, but fell short of target at SCS due to slower than planned development of the SCS ore body. During the quarter, the Company acquired exploration and exploitation rights to two properties adjacent to the Guanacevi mine. The properties cover possible extensions of the Porvenir Norte (PN) and Porvenir Cuatro (P4) ore bodies. During the quarter, equipment and personnel were allocated to commence mining of the PN extension and exploration of the P4 extension.  Mine tonnes and grades were relatively flat in Q3, 2019 but are expected to increase in Q4, 2019.

Production decreased compared Q3, 2018 due to lower throughput and grades, partly offset by higher recoveries.  Mine output declined year-on-year because the mine plan had to be re-sequenced to allow for blending of high and low arsenic ores, equipment availability issues and lack of stope access.  Mine tonnes rose month to month during Q3, 2019 and higher tonnes and grades are expected in Q4, 2019.

Production decreased compared to both Q3, 2018 and Q2, 2019 due to lower throughput and grades.  Lower than planned grades were due to narrower widths and higher dilution of the V-Ascuncion ore body than estimated. The Company is currently assessing the area to determine whether better mining practices can reduce dilution going forward. Mine tonnes and grades are expected to stabilize in Q4, 2019.

Production increased compared to Q2, 2019 due to higher grades and recoveries in this second full quarter of commercial production. Throughput was 94% of plan, while gold and silver grades exceeded plan and recoveries continued to improve. Mine tonnes and grades are expected to be stable in Q4, 2019.

The Terronera mine project has the potential to become the Company’s next core asset, its fifth and largest mine, with the longest mine life and lowest operating costs. Endeavour recently appointed the mine engineering firm JDS Energy and Mining Inc. (JDS) to conduct a full review of the project and to issue a final updated pre-feasibility study (PFS).  Their work will focus on but is not limited to refining the 1,500 tonne per day (tpd) mine plan, plant flowsheet, waste rock and back fill management, underground haulage, power generation, plant and surface infrastructure and capital and operating costs in order to optimize the anticipated financial performance of the mine.  The PFS should be completed in late Q4, 2019.

New metallurgical work is underway to characterize the silver and gold grades as well as sulfur, arsenic and other elementals during the first five years of operations.  A 2,000 tonne bulk sample is planned to be mined in October for processing at the Bolanitos plant in November in order to refine metal recoveries, and to evaluate the geotechnical conditions to support long hole mining to further reduce operating costs, as opposed to the 2018 PFS assumption of 100% cut and fill mining.  The Company’s community relations department continues to be active in the local communities and most recently organized an event where almost 200 children participated to promote and support healthy eating.

Surface prospecting, geological mapping and rock chip sampling of this large (17,369 hectare) property continued in the third quarter with positive assay results, including the new Pajaros vein to the west, the El Hundido vein to south, the El Carmen vein to the north and the Santa Gertrudis vein in the central part of the property.  Significant exploration potential remains on a number of historical silver-gold veins and mines that have yet to be mapped and sampled in detail.

Management continues to work towards closing the capital financing needed to commence construction.

The Parral mine project also has the potential to become a core asset and was Endeavour’s largest exploration project both last year and this year.  The Company recently appointed the mine engineering firm Roscoe Postle Associates Ltd. (RPA) to conduct a preliminary economic assessment (PEA) for an initial small scale development of the project.  Parral was a previously permitted and operating mine until 1990 so the time frame to re-permit mining activities is expected to be significantly reduced. The district has three active small toll mills processing small miner’s ores. RPA will evaluate a first stage, small scale 200 tpd mining and toll milling project which could generate cash flow to help fund a PFS for a Stage 2 larger scale 1,500-2,000 tpd mining operation. The mining of a 2,000 tonne bulk sample is planned for processing at one of the local toll mills to further refine metal recoveries and help evaluate the geotechnical conditions. The PEA should be completed in late Q4, 2019.

Additional metallurgical work on Veta Colorada (Sierra Plata zone) drill core is underway to assess and optimize silver recoveries using the agitated leach/Merrill Crowe method.  A Social Impact Study is underway by an external consultant to identify the key stakeholders of the project and the impact of the project in the area, as a baseline to define the Company’s community relations activities for this project.

At Guanacevi, the Company acquired the right to explore, develop and mine two properties adjacent to the active Porvenir Norte and closed Porvenir Cuatro mines.  The Company moved quickly to commence mining in August on the El Porvenir property which was previously drilled and covers an upper extension of the Porvernir Norte orebody.  Endeavour also commenced drilling in September on the previously unexplored El Curso property that covers the west extension of the Porvenir Cuatro orebody.  Drill results are pending.

At El Cubo, four drill holes were completed earlier this year, intersecting narrow, high grade mineralization to extend the V-Asuncion orebody another 100 meters to the north at depth.

At Aida, the Company has filed an amended drill permit and anticipates drilling the main low sulfidation epithermal silver target next year.

The 2019 Third Quarter Financial Results will be released before market on Tuesday, November 5, 2019 and a telephone conference call will be held the same day at 10:00am PT (1:00pm ET). To participate in the conference call, please dial the numbers below. No pass-code is necessary.

About Endeavour Silver – Endeavour Silver Corp. is a mid-tier precious metals mining company that owns and operates four high-grade, underground, silver-gold mines in Mexico. Endeavour is currently advancing the Terronera mine project towards a development decision and exploring its portfolio of exploration and development projects in Mexico and Chile to facilitate its goal to become a premier senior silver producer.  Our philosophy of corporate social integrity creates value for all stakeholders.

Forward-looking statements or information involve known and unknown risks, uncertainties and other factors that may cause the actual results, level of activity, production levels, performance or achievements of Endeavour and its operations to be materially different from those expressed or implied by such statements. Such factors include but are not limited to changes in production and costs guidance, national and local governments, legislation, taxation, controls, regulations and political or economic developments in Canada and Mexico; financial risks due to precious metals prices, operating or technical difficulties in mineral exploration, development and mining activities; risks and hazards of mineral exploration, development and mining; the speculative nature of mineral exploration and development, risks in obtaining necessary licenses and permits, and challenges to the Company’s title to properties; as well as those factors described in the section “risk factors” contained in the Company’s most recent form 40F/Annual Information Form filed with the S.E.C. and Canadian securities regulatory authorities. 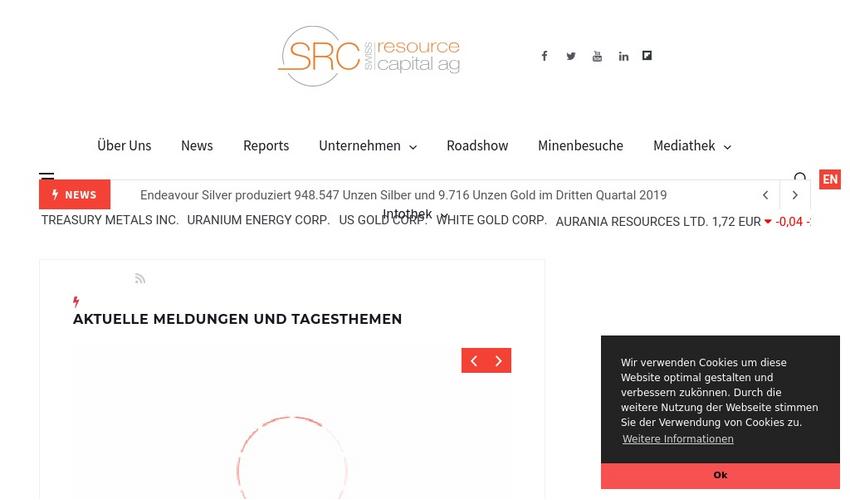