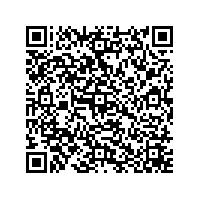 Bradford Cooke, CEO, commented, "In 2017, silver equivalent production met the low end of our original guidance and the high end of our revised guidance, notwithstanding several operating challenges at the Guanacevi mine. I am pleased to say our operations team resolved many of those operating issues and they have plans to complete Guanacevi’s recovery to normal operations in 2018.

“After a tough start to the year in the first quarter, Endeavour posted three consecutive quarters of improved production, making the fourth quarter our best of the year. Ore grades and throughput both improved in the second half. A productivity optimization program is being launched at Guanacevi this month and additional operational improvements are planned this year at Bolanitos and El Cubo. As we advance our development projects and continue optimizing our existing mines, we look forward to delivering one of the best growth profiles in the silver mining sector.

“The El Compas mine and plant development project continues to move forward on time and budget, targeting initial production in late March, 2018. Both the main mine portal and the secondary ramp entrance infrastructure are now complete; the main mine ramp has advanced 174 meters, and plant refurbishment was 82% complete at the end of December. Management is excited about the recent high grade drilling results at the nearby Calicanto property and the other properties we acquired in the Zacatecas district in 2017. Drilling will resume at Calicanto this month.

“At Terronera, we received permits to build the mine and plant and we await receipt of the dumps and tailings permits. Several trade-off studies were completed in 2017 and management expects to release a summary of an updated pre-feasibility study in February. Assuming a positive production decision in the first quarter, we plan to break ground in the second quarter and target initial production by late 2019. We are equally excited about the 2017 high grade drilling results at Terronera and drilling will resume this month.

“In the third quarter, we appointed a new Vice-President, Engineering, to oversee our technical services and development projects. Over the past few months, we have built a core engineering team, including managers of mining, construction, permitting and resource estimation, to significantly expand our internal capabilities to evaluate, design and build our new mines. This group is responsible for the delivery of our development projects, reaffirming our renewed focus on growth.”

Fourth Quarter Production by Mine

• Endeavour was active once again investing in sustainability programs for safety, health, education, environment and community
• Bolanitos and El Cubo both received the annual “Socially Responsible Company” Award
• The Company planted 43,939 trees and cacti to reclaim disturbed ground in 2017
• The 2017 Annual Review and Sustainability Report will be published in early May

Over the next month, Endeavour expects to release:

Summary results of an optimized pre-feasibility study for Terronera are scheduled for release in mid-late February.

Release of 2017 Financial Results and Conference Call
The 2017 Fourth Quarter and year-end consolidated financial results will be released before market on Monday, February 26, 2018 and a telephone conference call will be held the same day at 10:00am PDT (1:00pm EDT). To participate in the conference call, please dial the numbers below. No pass-code is necessary.

A replay of the conference call will be available by dialing 1-800-319-6413 in Canada and the US (toll-free) or +604-638-9010 outside of Canada and the US. The required pass-code is 1979#. The audio replay and a written transcript will also be made available on the Company's website at www.edrsilver.com.

About Endeavour – Endeavour Silver Corp. is a mid-tier precious metals mining company with three high-grade, underground, silver gold mines in Mexico. Since start up in 2004, Endeavour has grown its mining operations organically to produce 8.9 million ounces of silver equivalents in 2017. Development of Endeavour’s high-grade discovery on the Terronera property in Jalisco state, the permitted El Compas mine and plant in Zacatecas state, and the prospective Parral properties in Chihuahua state, should facilitate the Company’s goal to become a premier senior producer in the silver mining sector.

Forward-looking statements or information involve known and unknown risks, uncertainties and other factors that may cause the actual results, level of activity, performance or achievements of Endeavour and its operations to be materially different from those expressed or implied by such statements. Such factors include, among others, changes in national and local governments, legislation, taxation, controls, regulations and political or economic developments in Canada and Mexico; operating or technical difficulties in mineral exploration, development and mining activities; risks and hazards of mineral exploration, development and mining; the speculative nature of mineral exploration and development, risks in obtaining necessary licenses and permits, and challenges to the Company’s title to properties; as well as those factors described in the section “risk factors” contained in the Company’s most recent form 40F/Annual Information Form filed with the S.E.C. and Canadian securities regulatory authorities.