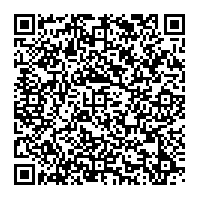 The Government of Jersey implemented measures on March 30, 2020 intended to protect the public from the spread of COVID-19. The measures, amongst other things, include restricting public gatherings to no more than two people.

The measures were due to end before the AGM.  However, on April 24, 2020, Jersey’s Minister for Health and Social Services extended the measures until May 11, 2020.

In order to comply with the measure restricting public gatherings, the Company’s AGM will therefore be convened with the minimum necessary quorum of two shareholders, in accordance with the Company’s Articles of Association. Other shareholders will not be allowed to attend and anyone seeking to attend the AGM will be refused entry on the grounds of safety. The business to be transacted remains unchanged from that set out in the Notice of AGM.

Caledonia recognises that the AGM is an important event for all shareholders and is keen to ensure that they can exercise their right to vote notwithstanding the restrictions on attendance in person. As such, shareholders are strongly encouraged to exercise their vote by appointing the Chairman of the AGM or the Management Nominees (as defined in the proxy form) in accordance with the instructions on the proxy form or other form of instruction that they will have received. Any other person appointed as a proxy will not be permitted to attend the AGM.

The results of voting will be announced as soon as practicable after the conclusion of the AGM.

In the event that further disruption to the AGM becomes unavoidable, any further changes to the meeting (such as timing or venue) will be announced as soon as practicably possible.

The Company thanks all shareholders for their support and understanding in these unprecedented circumstances.