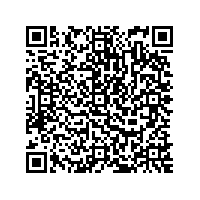 Suzuki World MXGP geared up for the new experiences 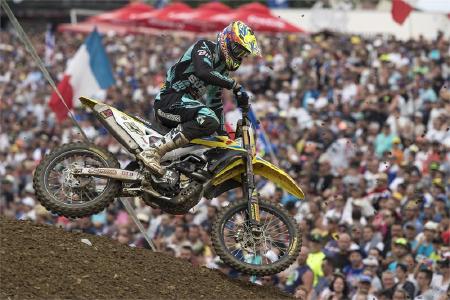 (PresseBox) ( Bensheim, 17-06-08 )
The Suzuki World quintet of Arminas Jasikonis, Jeremy Seewer, Hunter Lawrence, Bas Vaessen and Zach Pichon will head to new territories for the 10th round of the MXGP Motocross World Championship, as the calendar takes them to Orlyonok, Russia. Only Jasikonis has any experience of this country, having ridden the track before when he was much younger. For the rest of the riders it will be a brand new experience and one that should be both exciting and interesting.

With an off-weekend after the MXGP of France, the team should come in fully rested and in good spirits after what has been a pretty good run for this squad of riders. “Since France we’ve been testing a little bit with the suspension and found some good setups for the next few GPs, and I think it’s going to work quite well with my RM-Z450WS” said Jasikonis.

“This week, I had the weekend off; I went to a theme park with my team-mates and my girlfriend and had a really good time relaxing and just having fun. Russia will definitely be interesting; I can talk Russian so that helps, but it’s a new MXGP in a new area so it’ll be something special and although I haven’t seen pictures or video from the track recently, I did race it when I was on 85s and I remember it being full of stones and quite hard-pack so I hope they prep it well. I’m excited to go there, like I am every GP.”

It was a similar week for MX2 rider Seewer: “We did some testing on the RM-Z250, staying there around in France and even riding Ernee again. It all went ok, worked well with the bike and with the team. This weekend I took off, just getting ready for the next few rounds. The weather was nice so we went to a theme park on Sunday, before we get in a couple more days of riding and then head to Russia. I’m quite excited to see what it’s going to be like, it will be different I’m sure but I’m looking forward to it.”

Illness has hampered Lawrence’s preparations, but thankfully the weekend off came at just the right time and he should be better for this weekend: “Since France I’ve done a little bit of training and riding. I’ve actually been sick this past week so I’ve been trying to recover. Felt a bit better this weekend and should be good to go for Russia. After the past two rounds I’m really looking forward to each round, but it’s important that I keep working. I’m very excited to see what Russia has to offer, I think I speak for everyone when I say that we’re in two-minds about the place. On one hand it’s exciting, but on the other hand it’s a little nerve-wracking to be heading there. I’ve seen some photos and it looks like a beautiful place though and overall I’m excited to ride there.”

After a good couple of rounds, Vaessen also decided some rest and relaxation was the best preparation for what will be three GP’s in four weeks: “This week has been a bit of an off week, I’ve ridden a couple of times but it was just practice sessions really. I’ve actually been camping this week, taking a bit of time off away from racing, have a little bit of fun and just recuperating for the next couple of rounds. Russia will be tough with all the flying and travelling and I haven’t seen that much of the track, just bits and pieces from the Junior World Championships last year. I’m just going to go there with an open mind, and try and be as fast as possible. I’m excited about the race though, I’ve never been to Russia before and it looks like a fun track, but it’s always hard to judge it from videos and pictures. The collarbone feels good, although it won’t be back to 100% until the plate is out, but until then it all feels good and it isn’t holding me back from riding at all.”

Returning to action is the Suzuki World EMX250 rider Pichon, who unfortunately missed his home GP with a collarbone injury he sustained in Latvia. “I’m excited to get back to racing,” said Pichon. “I had a little bit of pain in the beginning, but now it is feeling great and I can’t wait to be in Russia with the rest of the Suzuki World team.”

One member is still missing, but Kevin Strijbos is gradually getting back to full fitness: “I’ve been cycling and mountain biking a lot, but this week I rode my trials bike for the first time, which was a nice step up. I was happy that I was able to do this as my elbow was a little stiff to begin with, but after about 30 minutes it loosened up and felt a lot better. I didn’t do anything crazy, just ride around for a bit and see how it was. We’ll see how the elbow reacts from that but I don’t think it’ll be too bad. I’ll try to ride a couple of times this week and then next Tuesday I have to go back to the doctor who’ll hopefully give me the green light to start riding my proper dirt bike again.”

So while Strijbos is on the sidelines, the other five members will all head off to the Black Sea resort of Orlyonok to see what Russia has to offer for this next round of the MXGP World Championships.