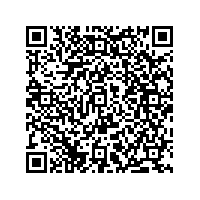 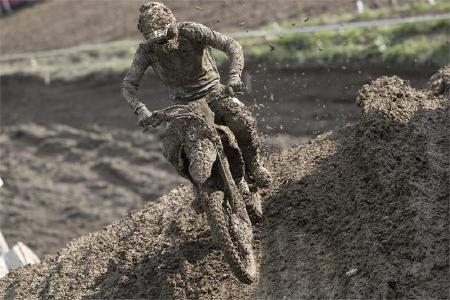 (PresseBox) ( Bensheim, 17-06-22 )
The Suzuki World MXGP team will head to Italy for the second time this year, for the 11th round of the 2017 Motocross World Championships at the new GP facility in Ottobiano, just south of Milan.

However, the team will only be three riders strong with Arminas Jasikonis, Jeremy Seewer and Bas Vaessen flying the Suzuki colours at this sandy circuit in Italy. Still missing is Kevin Strijbos, who is one step closer to returning to action after the doctor cleared him to ride; however, some bad news hit the team as both Hunter Lawrence and Zach Pichon were ruled out of this round through injury: Lawrence sustained his this weekend when racing in Germany whilst Pichon’s is a result of when he was landed-on in the first moto in Russia. Both riders are obviously disappointed having to miss the action but are hoping for a quick recovery. For those riders in Italy, Ottobiano should be a good challenge and one that all three are excited to undertake after this weekend away from the MXGP calendar: “I had a weekend off, and went to the lake”, said Jasikonis, “but I’ve still been training a lot during the week to keep on improving. I think having the weekend away from the track just allows you to keep racing fresh for the MXGP races which are obviously the important results for the team. I’m think there is still more to come from myself on the RM-Z450WS and I’m really excited for Ottobiano. I’ve ridden there a couple of times on the track and it’s really nice but I’m sure it’ll be ripped more and watered more and it should be quite sandy so it’ll be interesting how the racing turns out.” Seewer also decided not to race this weekend, deciding that rest was more needed at this stage of the gruelling campaign: “I’m feeling pretty good at the moment. Since Russia we’ve just done sand training and tried to get used to riding on sand again. I’ve mixed in some rest as well as that is important with this long championship, but I’ve still ridden a few days this week. I didn’t actually race on Sunday as I wanted a weekend away from racing, so I just spent time on the lake relaxing. The track at Ottobiano is actually quite close to my home in Switzerland so I’ve been there quite a bit. I used to go there a lot to practice in the past as it’s only three hours away and then again this year we’ve already been there as a team. It’s a cool place but I don’t like it too much as it’s not so much of a natural track but hopefully they will do a good job preparing it and making it a tough test for everyone.”After missing a few rounds with a collarbone injury, Vaessen is still catching up to race fitness so wanted to get another race under his belt before these next few GP weekends: “After Russia I took a couple of days off before resuming training again. Then this weekend I did the German ADAC race in Bielstein but I really didn’t like the track as it was like concrete. There were no lines but it was still good racing and it is always good to go through a race weekend. I’ve been to Ottobiano for one weekend earlier this year with Arminas, Jeremy and Hunter and I felt good there. I like the track and I think it will be good for the MXGP. I think they’ve changed the track a little bit but I feel like it is a track I can ride well on.” Unfortunately, Lawrence won’t be joining them, and had this to say about his injury: “I will be sitting-out the MXGP in Ottobiano as I had a crash when racing the ADAC Championship in Germany. I thought I was ok afterwards and thought I’d be good enough for the weekend but I’ve since found out that I suffered a compressed vertebrae and it’s too serious for me to consider lining up for the MXGP. I didn’t feel like I was anywhere close to my limit when I crashed, it was just one of those unfortunate things. Now I’m just going to concentrate on my recovery so I can be back behind the starting gate as soon as possible.”Pichon also received bad news from the doctor, after getting checked-out when they returned from Russia: “Unfortunately after my crash in Russia in the first moto, I damaged the trapezius muscle in my shoulder. This means that I will sit-out the MXGP in Ottobiano while I recover from this. Obviously it is a big disappointment to miss another GP but it is better that I get fully healthy before riding again.”While Strijbos is still missing, it does seem that Italy will be the last round that he will miss, after finally get back on the bike these last few days: “I won’t be lining up in Ottobiano but I’ve got the all clear from the doctor and have actually started riding again this week. I’m pretty excited to get back out there and start racing again and hopefully I’ll be good to go for the MXGP of Portugal, which is the round after next.”So while the Suzuki contingent is down to three, those three riders are all feeling confident and looking forward to the challenge that this new venue on the MXGP calendar will pose them.