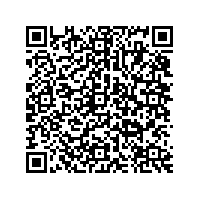 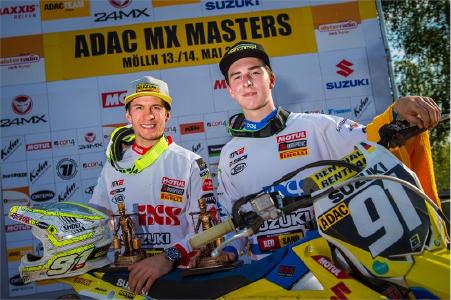 Team Suzuki World MX2 riders Jeremy Seewer and Hunter Lawrence dominated the third round of the ADAC MX Masters series in Mölln, Germany at the weekend as Jett Lawrence made a clean-sweep of the Junior Cup races.

Seewer owned both open-class motos aboard his Suzuki RM-Z450WS and Lawrence finished runner-up twice with his smaller-capacity RM-Z250, while his 13-year-old brother Jett completed the Suzuki celebrations with a double moto victory in the Junior Cup category.

Seewer rode his first Masters meeting of the year at Mölln, a new venue for the series had never been staged before, debuting the bigger 450cc bike in competition which he will race in 2018 when he moves up to the MXGP class.

"I'm happy to return to the Masters series," he said. "I met a lot of old friends and familiar faces. It was a lot of fun. The races went great. I had excellent starts both times and never looked back. It was very good for the confidence and made for brilliant training ahead of the German Grand Prix this coming weekend.

"I rode a bit in practice last winter with the current 450 model. I used the factory RM-Z450WS here for the first time in a race, and it definitely has been working out superbly. You have a lot more power compared to the 250, but it suits my style and I adjusted quickly. The track is very demanding and challenging to all of us. I´m therefore happy to win twice during my debut aboard the Suzuki RM-Z450WS. Now it´s back to the RM-Z250 and to the next World Championship round at Teutschenthal. The season is still long and the title remains within reach."

Seewer‘s team-mate and regular MX2 World Championship contender, Lawrence, said: "You face a disadvantage at the start because you have less power," the Australian teenager explained. "But I gated well and found myself inside the top-10 right away in both races. Once I had made my way towards the front, Jeremy was long gone, but the whole weekend was fun and excellent practice for the world championship."

Jett Lawrence, who won the opening moto ahead of Sweden´s Max Palsson, stepped-it-up for race two, winning by 27 seconds. "I had a fantastic start in the second moto. I established a gap soon and raced to the victory. It´s a nice result for the championship, as I improved to third place overall."
Courtesy of a 15-8 moto result, Mike Stender (Team Castrol Power 1 Suzuki Moto-Base) scored a top-10 result overall in the Masters class.

Round four of the ADAC MX Masters series takes place on June 18th in Bielstein.