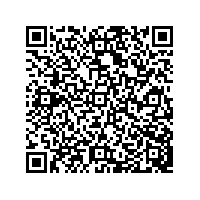 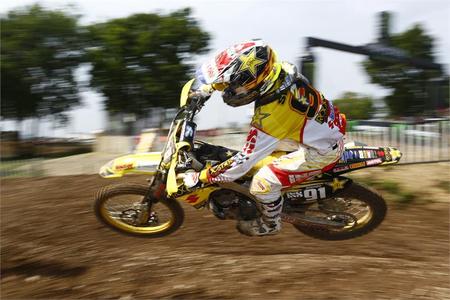 (PresseBox) ( Bensheim, 14-06-02 )
A hot Grand Prix of France on the hillside hard-pack terrain of St Jean d'Angely was the setting for Rockstar Energy Suzuki Europe's Jeremy Seewer to excel and score eighth position overall in the MX2 class for what was the ninth round of 17 in the FIM Motocross World Championship as Brian Hsu topped the EMX125 Championship podium.

A packed venue north of Saintes celebrated a re-visit to the popular circuit that has hosted the Motocross of Nations twice since the turn of the century; and that saw 32,000 spectators filling the slopes that permitted bounteous viewing opportunities basked in early summer temperatures.

While Jeffrey Herlings rode to his eighth Grand Prix win of the season the young combination of Seewer and Julien Lieber went about showing their speed and potential in the throes of the top-10 of the intensely-competitive category. Starts were key at St Jean with the narrow, winding layout meaning clear overtaking possibilities were sparse and often hard-won.

Seewer bounced back from a tricky weekend in the UK seven days previously. The Swiss was competing at one of his preferred circuits but was not 100% after struggling with the lingering effects of a cold picked-up in the rain of Matterley Basin. Nevertheless the rookie attacked the slopes with confidence. He gained ninth place in the first moto and won a hard battle with countryman Valentin Guillod to take seventh in the second; it was his second best points haul of the year.

Lieber was once more left cursing his luck. Thirteenth position in the first moto could not be bettered in the second after a heavy collision with another rider on the first step-up jump in the second. Lieber pulled into the pits with a damaged bike but re-joined the race in search of points, which he did not manage with 23rd for 15th in the final ranking of the day.

Before the MX2 motos began Brian Hsu achieved a career landmark with his very first victory on the RM125 and the fourth outing for the kids of the EMX125 series. Hsu flighted to first and third positions in the motos to break Davy Pootjes hold on the championship and owns second place in the standings by three points. Hsu is next on the support card for Grand Prix with his home round at Teutschenthal in three weeks.

Grand Prix trips to the UK and France mean that Rockstar Energy Suzuki Europe now have a weekend to breathe and concentrate on domestic duties with the second round of the ADAC MX Masters taking place at Ried in Austria. The 10th and 11th fixtures of the FIM Motocross World Championship will take the crew to Italy and Germany in June.

"I really liked the track and this year they made some changes. It was even tougher with more jumps, waves and even an 'enduro' section in! Very slow! I was feeling great on the bike even if I was still not 100% from being sick with a virus last weekend. My riding was good though and I had two strong races. My start was not that great in the first and I had to fight from the top-15 back to ninth with some small mistakes. The start was a bit better in the second moto and once I got my rhythm going I was OK. I suffered a bit today with feeling 'empty' at the beginning; I'm sure if I hadn't have been sick then this would not have been a problem. I fought with Guillod again and I was very happy to finish seventh; top-10 was my goal and I'm looking forward to the next one now."