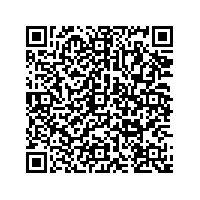 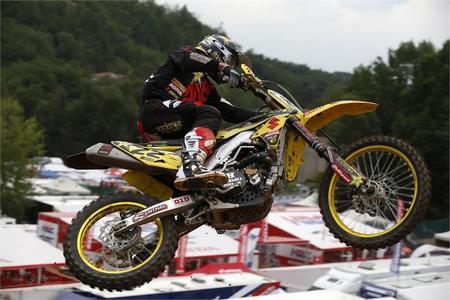 (PresseBox) ( Bensheim, 14-06-20 )
The German Grand Prix and round 11 of the FIM Motocross World Championship this weekend will allow Rockstar Energy Suzuki World MXGP to aim for a ninth podium result in the MXGP class this season.

Clement Desalle and Kevin Strijbos have been missing from the rostrum in just two events in 2014 with their RM-Z450s; Desalle earning six trophies and Strijbos four. The Belgians have appeared in the top three together on two occasions and the team own three triumphs thanks to Desalle.

Talkessel in Teutschenthal returns as the staple Grand Prix host circuit for the German fixture on the FIM slate after entertaining the 2013 Motocross of Nations at the end of last summer; scene of bittersweet memories for Desalle for his part of the victorious Belgian team but also for the shoulder injury he sustained that ruined his off-season preparation.

Modifications to the undulating layout were positively received for the famous annual 'tournament' of motocross in September. Banked turns, tricky ruts, short hills and some grippy dirt are characteristics of this track that has witnessed capacity crowds in attendance in the past three years.

For Strijbos in particular it presents an enjoyable challenge and the chance to follow his decent third position last Sunday in Maggiora, Italy with another top three result. "It's a nice track. Pretty old and old-school but I liked the look of the changes for the Nations last year so I hope we find the same layout," he said. "The lap-times are usually very close, so it can be hard to make much of a difference. Once again the start is so important.

"We made a decent discovery during the break and before Italy," Strijbos reveals. "We tried a different setting for the clutch, which made it lighter, and so far it has helped with the arm-pump. It felt pretty good in Italy so now we'll keep on working with this."

While Desalle has been busy visiting the HQ of goggle sponsors Scott Sports and also resting a painful left wrist after his spill in the first moto in Italy, Strijbos has been continuing with his routine. "It has been a pretty regular week," he explained. "There is only so much you can do what with the travelling and preparation before being at the circuit again. I went for a cycle and swim and then riding today on a circuit that turned out to be dusty and quite sketchy so I wasn't pushing too hard."

Maggiora provided a fourth champagne spray of the year for Strijbos but it was forgettable for the accident and back injury to fellow Belgian Joel Roelants. Strijbos was naturally one of a great many in the paddock thinking of the 24 year old this week. "It is a reminder of what can happen to us at any moment we go out on the track," he commented. "It is a dangerous sport and we all feel it sometimes. I told Joel Smets [Sport Manager] after riding today that the track was a bit sketchy and I guess Roelants was in my mind somewhere because it was not worth taking any risks. I hear they are moving him back to Belgium soon and I really hope some positive news comes along for him."

Rockstar Energy Suzuki Europe will tackle the MX2 class at their home Grand Prix this weekend with Jeremy Seewer buoyed after his seventh position in Italy last weekend and Julien Lieber also regaining some positive feeling after taking 10th on the works RM-Z250. Talkessel will be familiar surroundings thanks to the team's continued assault on the ADAC MX Masters German series, although this time Seewer and Lieber will not have to worry about the mixed capacity format of racing against 450cc machinery!

For Seewer the 11th race of 17 this season will be the first he can attempt as a full 'Pro' after finishing his mechanical studies in the days leading up to the Italian round last weekend. "This is my first easy week in my GP year!" he joked. "I will go cycling for a little bit and then get ready for the race."

Like brand-mate Strijbos, Seewer is a fan of the Teutschenthal terrain. Unlike the Belgian the 19 year old already has experience of the altered layout thanks to his role as representative for Team Switzerland at the 2013 edition of the Motocross of Nations. "Last year at the 'Nations I really liked the track; nice jumps, nice dirt and some rhythm sections," he says. "The only problem is that in the past they would water it a lot before the motos which is really stupid. Sunday morning it can feel like a mud race! I hope they might change a bit for the GP."

Seewer moved into the top-10 of the MX2 standings last Sunday in what is his maiden season at FIM world championship level. He needs 21 points to rise up to ninth and needs to chase Jose Butron on the track to aim for his next promotion.

Julien Lieber is currently 14th. The Belgian last raced at Talkessel in 2012 when the circuit closed the MXGP calendar that season. He scored an eighth position in the first moto. "I rode there two years ago and had a good result. So I haven't tried the new track and layout that was made for the Nations but I am still looking forward to going," he said. The youngster is still searching for bright spots in what is essentially a comeback term after his knee reconstruction that ruled out most of 2013. "My confidence is not great and mentally I need to get stronger," he admitted. "The starts have been a problem but we did better in Italy. I need to get out at the front and stay there!"

Warm and bright conditions are forecast for the weekend.