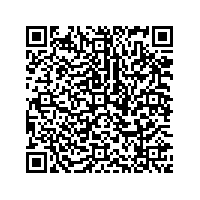 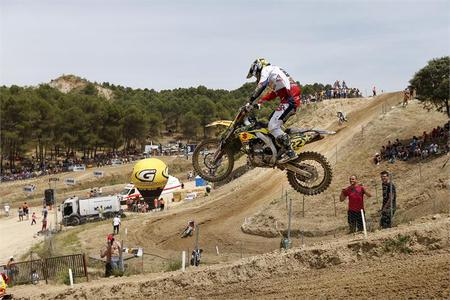 (PresseBox) ( Bensheim, 14-05-22 )
The 2014 FIM Motocross World Championship prepares for the second phase of the 17 round ‘slate’ with a trip to Matterley Basin and the British Grand Prix for the eighth stop on the calendar this weekend.

For the factory Rockstar Energy Suzuki teams in MXGP and MX2 the boat trip to the UK launches a run of events that involves busy and atmospheric dates in France, Italy and Germany before the end of June.

With Clement Desalle ruthlessly owning the Grand Prix of Spain over a week ago for his second victory of the season the Belgian is just 24 points behind MXGP standings leader Antonio Cairoli. Kevin Strijbos was also on the podium that day in Talavera de la Reina with the works RM-Z450 and has helped contribute to the seven trophy haul by the Belgian team in 2014 so far.

Team Principal Sylvain Geboers offers his evaluation of the progress and efforts the crew have made through trips to Qatar, Thailand, Brazil, Italy, Bulgaria, Holland and the Iberian Peninsula to-date. “In the first three races we knew we had a handicap because both riders were coming back from injury and we hoped for normality by round four and it worked out like that with the win and Kevin’s podium,” he says. “We struggled in Bulgaria but had picked things up by the second heat in Valkenswaard and the riders were confident again for round seven in Spain.

“We’ve seen that our competitors have also had ups-and-downs and the whole competition is quite open with Antonio Cairoli and Clement not so far from each other in the points. It seems like everybody has had their good and bad days in the first part of the season but now we have the bikes ready for the rest of the year and we are very hopeful. It is now up to the riders.”

Geboers is also thankful that the contract situation for both of his racers means that Suzuki are not dabbling in the marketplace that is beginning to shift for 2015. “I feel grateful and glad that we don't have to run around and deal with that because it can be a nightmare,” he says. “I was surprised that rider managers were already calling around before the sixth round of the championship. This is not normal and not a good base for top riders, that they have to go around shopping.”

Back to 2014 though and Geboers is relishing the middle phase of the campaign that will take the Belgians into some exciting race scenarios. “Of course it is great to go to Britain and then straight away to somewhere like France. Both of those races have always been held in high regard in practically every sense and have involved good tracks. Normally the riders fighting for victories in places like the UK and France are those that are going for the title.”

The expanses of Matterley Basin – one of the biggest and most popular Grand Prix circuits – has been host to the British GP since 2011 and formerly the MXGP Festival that gathered almost all of the FIM and European classes at one venue. On this occasion (and with an earlier date) the Winchester site will entertain EMX150, 250 and 300 categories in addition to the main MX2 and MXGP divisions. The sweeping layout boasts some big jumps and soil that can become quite rutty and rough depending on the climate. The early weather forecast has showers predicted in the build-up with sunshine for race-day. Bouts of rain could soften the ground considerably and raise the technical demands of Matterley accordingly. The Basin (so called for the setting of the track in a natural gully and with a panoramic view for fans) carries good memories for Desalle after his victory there 12 months ago and also Strijbos as the veteran was runner-up that day on the RM-Z450.

In MX2 Rockstar Energy Suzuki Europe have weathered the blow of losing Glenn Coldenhoff for the majority of the season to knee injury. With the awning carrying two race bikes instead of three, the focus has been thrown onto representatives Julien Lieber and Jeremy Seewer to put the distinctive yellow and black RM-Z250s into the mix. Lieber has responded to the team’s bad luck with the Dutchman in positive fashion with two of his best results in the previous two Grands Prix and 25 point hauls in both Holland and Spain (he managed 45 in the first five rounds). Seewer also continues to mark his profile as one of the best rookies in the class this year, even if the Spanish outing almost two weeks ago was one of his toughest of the term so far.

“You know, we’ve been asked if we will try and replace Glenn for the races he will miss but I have replied that we already have two good and young riders that have a lot of potential,” offered Team Manager Thomas Ramsbacher. “I really think Julien can be in-and-around the top five. He has the ability to do that and has shown in the last two GPs that this can come if he keeps working and focusing like he is doing. Jeremy has been very impressive with the way he is, and the way he is adapting to the team for Grands Prix. There is more to come.

“In a way we are happy,” the German adds. “We cannot be pleased we’ve suffered the injury with Glenn and it is disappointing but there is no point in wallowing about it or looking too much into the past. In other respects the season is going in the right direction.”

Seewer is currently 11th in the MX2 standings and heads to Matterley – like Desalle – with fresh memories of success on British soil after his excellent double moto win in the European EMX250 series last summer. Lieber will have to rediscover the English slopes after missing the 2013 event due to his knee ailment.

“The season has changed a little in terms of our orientations for what we want to achieve but this is part of the sport and part of the job,” comments Ramsbacher. “I think I had four years without an injury or a rider missing a Grand Prix but then we had a season where Valentin Teillet only managed to start a few races! We had some bad luck but then everybody has the same problems at some stage. We have to do everything within our power to minimalize the risk - whether that’s through protection or the best possible fitness – and then help the riders reach their best. We all know that we can only control so much though.”

Ramsbacher also offered an update on Coldenhoff’s condition. “The bone is healing well and the movement around the joint is good. He had very decent surgery on the injury and now looks like he can come back in a great way and with no complications. We don't want to set a date yet because it is a little early and we don't want to put any pressure. I think we will know more around the time of the Italian or German Grands Prix but with Lommel [heavy sand in Belgium] as the last European date it makes sense that Glenn won’t be back until the final two meetings and the flyaways.”