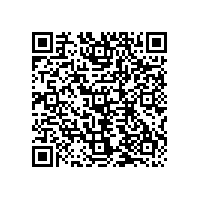 (PresseBox) ( Ravensburg, 19-07-01 )
The Common Europe Congress (CEC), the annual technology and networking conference of IBM POWER users from all over Europe, successfully concluded at the Radisson Blu Hotel in Berlin. The Common Europe President, Mr. Shrirang "Ranga" Deshpande, concluded the event on Wednesday afternoon with great appreciation for the European community and enthusiasm for technology development on the part of IBM as well as the numerous IBM business partners represented.

Known for its high-quality technical programs and networking opportunities with IBM experts from the USA and Europe, this year's CEC from June 16-19 was a very special event for Common Germany. The German IBM POWER User Association acted as host this year.

More than 260 participants from 20 different countries, 27 exhibitors and sponsors from Europe and the United States had travelled to the CEC. Seven intensive workshops, numerous certifications and more than 100 further technical and non-technical sessions were offered. The conference program offered a balanced mix of cutting-edge and traditional topics (databases, application development, systems management, security and high availability). Especially the topic "High Availability" received increased attention due to the new IBM announcement on Continuous Availability with "Db2 Mirror". Future-oriented topics such as Cloud Computing, presented by providers such as IBM and Europe-wide leading Managed Service Providers were also strongly represented. In addition, much was discussed and taught about the seamless integration of IBM POWER systems and the current offerings on the platform to take advantage of the latest open source trends, especially cognitive technologies such as machine learning, artificial intelligence, visual recognition and other IBM Watson initiatives. The participants also showed great interest in topics related to compliance and best practices in cyber security.

Especially two new program components of the CEC were very well received by the visitors:

- The Common Europe Executive Day offered IT executives and managers an entire day of individual strategy development. Here, the focus was on the current challenges facing POWER Systems users from a management perspective. These included in particular the generation change in the IT teams, the challenge to attract young employees as well as the modernization of grown applications (so-called legacy transformation) to new application and operating scenarios. The one-day workshop deliberately took place in a selected circle of approx. 20 participants. IBM was one of the top- management from the IBM POWER team: Ian Jarmann (Business Unit Executive, POWER Systems Lab Services) and Steve Sibley (Vice President, POWER Systems Offering Management) as well as other well-known executives such as Alison Butterill, Tim Rowe and Steve Will. New important personalities completed the round, such as Jesse Gorzinski (Senior Business Architect for Open Source Software on IBM i). There were keynote speeches on numerous technology and management aspects and plenty of room for networking and personal exchange. All participants were enthusiastic about the day, so that the CEC Organizing Committee announced afterwards that the Executive Day would be permanently included in the CEC agenda.

Another highlight were the so-called "non-technical sessions" - lectures such as "It's not just what you say, but how you say it..." or "Team Challenges: How to adapt when work-live becomes unbalanced" and also “Finding your voice”. Here, too, the feedback from the visitors was exceptionally good. - The future CEC conferences will include "Soft Skill Sessions" as a fixed part of the program”, said Mr. Christoph Cuscoleca, Technical Director, Common Europe.

"With congress participants from 20 different countries, this congress really represents a vibrant European IT community. It is clear that this event has gained momentum and has business requirements on the radar. I look forward to new successes in the coming years," said Shrirang "Ranga" Deshpande in his closing speech.

Heidi Schmidt, 1st President of Common Germany, was particularly impressed with the European flair and the high technical level of the conference: "The agenda and the enthusiasm of the participants shows that IBM POWER and IBM i users are really interested in technical education and depth. Also the high management participation at the Executive Day shows that it makes sense to start here as well. On behalf of Common Germany, we are currently working on a new tool for every IBM i user: the iFuture Kit. The successful mixture at the CEC of our local users, guests from all over Europe and the team of experts excellently selected internationally by IBM was unique for Germany. Of course we will continue to work with the impulses from the CEC to develop our German Common events to a high technical level. There will already be opportunities to benefit from this at the Common iFuture Day on 12 September 2019 in Kelsterbach (https://common-germany.com/...) and at the POW3R from 13 to 14 November in Mannheim.

For Common Deutschland, the orientation of the CEC was a special challenge in the association's history, which, according to Schmidt, was "more than worthwhile": "Thanks to the CEC, we were able to get to know each other even better in the Common Germany organising and support team and, thanks to our experience in Berlin, we are well equipped to organise further top-class events in Germany in recent months. We would like to support our members on a technical level as well as in a management context and contribute to the professional development in all aspects. For this the CEC was a central milestone, which the team successfully reached. With the new contacts to IBM in the USA as well as nationally and internationally active business partners, our future programs will become even more attractive, innovative and versatile".

Last but not least, the Common Europe Advisory Council (CEAC) meeting also took place after the CEC. CEAC is a selected group of experts from Common Europe country user groups and represent the interests of IBM POWER and IBM i users vis-à-vis IBM. COMMON Germany is currently represented by Holger Scherer and Stefan Pelzer to the CEAC and thus directly contribute the interests and wishes of its members to IBM's strategy and product development.

The next Common Europe Congress is already in the planning stage, from 15 to 18 June 2020 at the IBM Client Center in Montpellier, France. It will be in collaboration with Common France and Common Romandie in keeping with the European idea. The event will be hosted by IBM itself.  Detailed information will be available in the coming months. "We at Common Deutschland are already considering organizing the trip to Montpellier for our German members due to the positive feedback on the CEC in Berlin and thus simplifying participation," says Heidi Schmidt in Berlin.

Within Common Europe, the Executive Committee was also elected. At a meeting held before the congress, the Common Europe Board, i.e. the representatives from all European associations, confirmed Vice-President Thomas Schweizer, Treasurer Piotr Tkaczyk and Technical Director Christoph Cuscoleca in their respective functions.  Jesper Hemmet-Omer was also appointed as the new Marketing Director.  Shrirang "Ranga" Deshpande continues as President of Common Europe.

The Executive Committee 2019-2020 is thus composed as follows:

Common Europe, an IT user community of IBM-based solutions, is the umbrella organization of the European national IBM Power Systems™, IBM i™, AIX™ and Linux™ user groups.  The aim is "to promote networking, exchange experiences, provide training and education, influence IBM products and solution strategies, offer its members savings and efficiency gains and accelerate an ongoing open dialogue with IBM and other vendors".  It is a European non-profit community of organizations and individuals that use IBM solutions.  For more information, please visit www.comeur.org or contact Shrirang "Ranga" Deshpande, CE President, at ranga@comeur.org or Ralph Gervasi, CE, at ralph@comeur.org.

Support work for the creation of business-oriented IT strategies for IBM POWER Systems
Access to insider information about trends & directions from IBM
Personal contacts to decision-makers in the respective member companies
Direct contact to IBM decision makers and knowledge carriers
Participation in the design of the IBM Roadmap in the POWER Systems environment (CEAC)
High-quality training and continuing education seminars for experts and beginners
Networking and collaboration at the executive and IT expert levels of our members
Common Deutschland focuses on promoting its members in the areas of IT strategy, IT education and training, and networking.