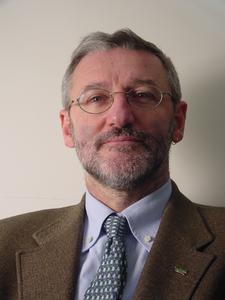 (PresseBox) ( Karlsruhe, 14-01-07 )
With Ignazio Piacentini, the PI Group, a global-scale technology leader for nanometer-precision positioning devices and systems, has gained an expert in the field of photonics, system integration and machine vision for the new market sector Silicon Photonics.

Piacentini joined the PI Group as Director of International Programs on September 1, 2013, and is working from PI miCos, a subsidiary of PI GmbH & Co. KG.

"For the Silicon Photonics technology, it is not so much the demand for precision which has increased, but it is rather the requirements for a higher level of system integration at the interconnecting and packaging level as well as the call for faster automation processes. We are asked to provide full solutions, to use the enormous potential of the market", explains Piacentini.

Before being employed at the PI Group, Ignazio Piacentini directed ImagingLab, an engineering and consulting company specializing in machine vision and robotics. Piacentini was also the former Business Development Manager Europe for imaging and motion products of National Instruments Corporate.

Silicon Photonics - a significant technological breakthrough The expression Silicon Photonics describes a new technology for microchips manufacturing where optical and electronic components are integrated in silicon during the wafer production process. These microchips use light for Terabits-per-second data transfer, with extremely reduced power consumption over optical waveguides, replacing electrical signals over conventional conductors.

Nanopositioning technology can be applied throughout the manufacturing process of photonics-based components and systems, solving a number of assembly, positioning and testing issues.

For over 40 years, the PI Group has been one of the leading players in the global market for precision positioning technology. PI is well known for the high quality of its products and develops and manufactures standard and OEM products with piezo or motor drives.

The PI Group is represented internationally with four sites in Germany, and ten sales and service subsidiaries in Europe, the USA and Japan, Singapore, China and South Korea.