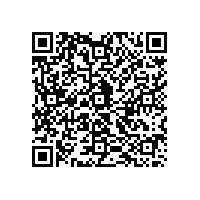 asknet publishes figures for the first half of 2017

The successful start-up phase of new shops of Asian customers drove the eCommerce Solutions Business Unit’s sales revenues up by 5.9 percent to 23.81 million euros in the first half of 2017 (previous year: 22.49 million euros) and more than offset the significant decline in demand for a software release of a key account. At the bottom line, the resulting shift to lower-margin new customer sales led, however, to a slight decline in this business unit’s gross profits by 4.6 percent to 2.75 million euros (previous year: 2.88 million euros). In the Academics Business Unit, asknet recorded a considerable decline in sales revenues by 18.9 percent to 10.28 million euros in the first six months of 2017 (previous year: 12.68 million euros). This resulted essentially from large individual transactions in the same period of the previous year, which could not be repeated to a similar extent in the first half of 2017. Due to the standardization of the accrual and deferral methods for sales revenues referring to several fiscal years at the beginning of the year as well as the reduction of lower-margin business in the Academics Business Unit, the gross profit generated was, however, only down by a slight 3.9 percent to 1.56 million euros.

In the past months, asknet Group significantly benefitted from the internal improvements and reduced production costs achieved as a result of the change initiatives to date. This is in particular reflected in the continued good sales performance and customer trend. Thanks to a new, customer-oriented approach and a proactive sales focus, the eCommerce Solutions Business Unit broadened its sales basis and established a large number of new customer relations. These positive effects will increase further in the second half of the year. In addition to the technical improvement of its portal landscape, the Academics Business Unit reorganized its sales structure in the first half of 2017. These measures are to further accelerate the expansion of existing customer relationships.

After the end of the first half of the year, the Executive Board and the Supervisory Board performed an ordinary reduction of the share capital in a 10:1 ratio with the consent of the company’s shareholders. This became necessary because high one-time expenses in connection with the tax issue in Norway had resulted in the posting of a considerable consolidated net loss in the fiscal year 2016.

Says Tobias Kaulfuss, CEO of asknet AG: “The ordinary reduction of the share capital enabled us to eliminate the high financial burden of the previous year and paves the way for the continuation of the change process. Furthermore, we are currently examining additional strategic financing options in order to increase our innovative strength through more investments and improve our ability to tap new opportunities in the eCommerce market.”

Moving forward through the current fiscal year, the Executive Board expects in particular the closing of further deals with new customers in Asia. In addition, the revenues of existing customers will be gradually increased and successively result in higher earnings contributions. This effect will, however, only be fully reflected in the 12-month results for 2018. Due to the described non-recurrent effects, the Executive Board expects lower consolidated gross profits for the full fiscal year on a conservative basis. Originally, the company had projected an increase in gross profits for the fiscal year 2017. With respect to the result, asknet’s Executive Board continues to assume that the operating result in 2017 will be much better than in the previous year even though it will still be negative.

Selected Key Figures of the Group

The full report on the first six months of 2017 is available on the company’s website at www.asknet.com as of today.