As member of Concept Cab Cluster, MEKRA Lang received iF DESIGN AWARD 2017 for the Genius Cab 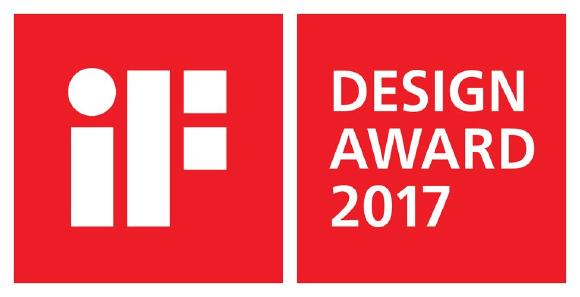 (PresseBox) ( Ergersheim, 17-03-14 )
This year, MEKRA Lang was also among the winners of the prestigious iF DESIGN AWARD as a member of Concept Cab Cluster. For over 60 years, the iF DESIGN AWARD has represented the highest authority for exceptional design with outstanding quality, and is therefore the most important design award in the world. The design contest is held annually by Germany’s oldest independent design company, iF International Forum Design GmbH based in Hanover.

Although the competition was large with 5,500 entries from 59 countries, the Genius Cab won over an international jury of 59 independent experts. It was among 75 prize winners and was awarded in the “Product” discipline and “Industry” category. The award ceremony took place on March 10, 2017 in BMW Welt in Munich in the presence of over 2,000 invited guests.

The Genius Cab is a model truck cab developed as part of the Concept Cab Cluster in collaboration with global players, OEM suppliers such as MEKRA Lang, renowned scientific institutions, designers, industry associations, machinery suppliers and operators under the leadership of the Fritzmeier company. It presents a real-world experience of a wheel-loader cab, which is a completely new and unique system created through the integration of individual components. The exterior and interior have been developed using a consistent styling concept for the first time The jury rated the Genius Cab as exemplary with regard to the far-reaching significance of the unprecedented integration of technological innovations in one system. According to the jury, it set new standards on international markets in terms of design, safety, usability, driving comfort and maintenance. MEKRA Lang delivered innovative vision solutions for the cab in the form of a mirror replacement camera system in combination with a digital variable field-of-vision rearview camera.

MEKRA Lang GmbH & Co. KG is the leading manufacturer of mirror systems for commercial vehicles as well as specialized camera monitor systems for automotive applications worldwide. As an innovative and recognized expert for indirect vision, we work together with all major commercial vehicle manufacturers to ensure more safety on the roads.
Today the Lang Group is represented globally at 18 locations in 13 countries with a total workforce of about 2500 employees.