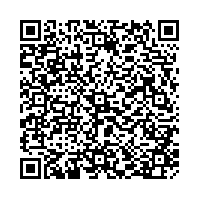 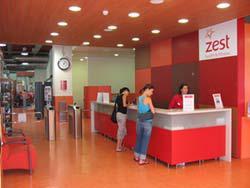 (PresseBox) ( Wetzikon, 09-03-05 )
For around 10 years Zest has been offering its more than 11,000 members an exclusive service with a wide variety of offerings. Now with the contactless Smart Card technology from LEGIC the four fitness studios in Madrid are also optimising their infrastructures for visitors and staff.

The first fitness centre, Zest Abasota, opened its doors in 1989 with an area of 4000 m². Due to the great demand, by and by three further fitness studios followed, in Fuenlabrada, Villalba and Guadalajara. The facilities are very varied and include squash halls, heated swimming pools, steam baths, group training rooms, weights rooms, Pilates areas, sunbeds, cosmetic centres and restaurants. They also have a children's area and an Internet zone.

In order to meet the needs of their members and run the sports facilities optimally, the team at Zest rely on an access and locking system based on the contactless Smart Card technology from LEGIC.

Chris Dedicik, Managing Director of Zest, explains that the same system is used in all four fitness studios. "The studios have more than 400 lockers and turnstiles with 2 scanners each which are located at the entrance to each studio. At Zest Abasota there are access terminals at the reception instead of turnstiles. As each member comes in, its card is activated so that he can use the lockers. The card enables both access to the studio and also a free choice of lockers."

In this way the studio is reacting to one of the most frequent complaints from its customers. Before the new system was installed, members often stayed in the same area of the changing rooms because they were unable to choose their locker freely. Now the Gantner solution also provides information about who is using which locker and which lockers are occupied, locked or out of use. Thanks to the IT system this information is shown directly on the screen in reception. "This is very helpful for the fitness studio. And you shouldn't forget that it is a very secure system", emphasises Dedicik.

Staff also have a contactless pass, which at the same time serves as a time and attendance recording medium and is connected to an IT system which stores various information about the fitness studio staff. All staff also have their own locker, which can be locked with the same card.

Chris Dedicik is very satisfied with the cooperation with Gantner and LEGIC: "The system functions reliably and the customer support is always efficient. The fact that our facilities are optimally equipped is welcomed by our members, attracts customers and creates long-term loyalty. The investment has been fully justified by the benefits we have gained".

For the future Zest is testing further applications for the customer card. Thanks to the LEGIC multi-application technology, in principle electronic payment is conceivable in the cafeteria, the vending machines and possibly even in the sun studio. "We are contemplating a further improvement to the convenience of our visitors and are therefore also interested in the advantages in terms of cashless payment. When members have a fully charged money card they spend much more freely," says Dedicik.