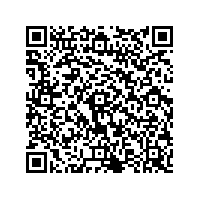 From IPv4 to IPv6: LambdaNet is ready for the future

Subscribe to news
(PresseBox) ( Hannover, 10-08-02 )
LambdaNet Communications Deutschland AG (LambdaNet), one of the largest Internet transit providers in Europe and an innovative, stable partner for business clients and Internet service providers (ISPs), has once again shown itself to be on the cutting edge of technology with IPv6 (Internet protocol version 6, the next generation Internet protocol). LambdaNet has operated an IPv6capable network since 2005. As of spring this year, the IPv6 protocol is fully implemented in the European network and is consequently available to all customers.

IPv6 provides greater security than its predecessor, IPv4. But most of all, the next generation protocol solves the problem of address shortage. Experts anticipate that within the next year, IPv4 will already have reached the limit of its capacity and as of 2012 only a few addresses can be issued worldwide. But the sixteen byte long number sequences of IPv6 increase the previous number of addresses, about four billion, by a factor of 1029.This greater capacity is critical to the growth of the Internet and to achieving many visions of the future (such as mobile use of the Internet, Internetbased interactive television or everyday objects communicating via the Internet) in a widespread manner.

While the transition is in full gear in Asia and the US, up to now Europe has approached it with restraint. LambdaNet is one of the first providers to respond to the changeover at an early stage and prepare customers for the future now. IPv4 will continue to diminish in importance over the next decade. Thus it is all the more important and economically imperative for companies to make the transition in a timely manner without time pressure, to invest in technologies which are viable for IPv6 as well as to configure existing applications for the new protocol.

"With this action, LambdaNet makes its competitiveness for service provider and large corporations clear once again. A powerful, scalable service platform offers considerable advantages in both the carriertocarrier business as well as in solutions for business clients," explained Uwe Knoke, CEO of LambdaNet.

"Thus LambdaNet clients can be sure not to miss the connection and can also continue to engage internationally without difficulty. They can rely on the high quality and comprehensive service to which they are accustomed - at no extra charge, of course." The outstanding connectivity of the AS# 13237, (autonomous system, the division of authority on the Internet) can be tested on the Ripe home page t www.ripe.net .

LambdaNet Communications Deutschland AG is a leading provider of telecommunications and Internet services. The company was founded in 1999 and is headquartered in Hanover. It is a wholly owned subsidiary of 3U HOLDING AG, which is listed on the stock exchange. Wellknown clients from the corporate sectors for network operators, Internet service providers, industry, banking and insurance, services and retail rely on the company's services. LambdaNet operates one of the most advanced glass fiber optic and IP/MPLS networks in Europe with more than 40 cities connected in 11 countries as well as urban networks in five European economic centers. Together with its cooperation partners, LambdaNet provides VPN solutions around the world. The range of services from LambdaNet includes modern IP/MPLS data services, high availability Internet service, integrated voice services, broadband up to 10 Gb/s and outsourcing in its 25 computing centers.

Recommend From IPv4 to IPv6: LambdaNet is ready for the future press release