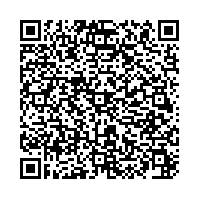 The expansion of the Company's global presence is a central element of its long-term strategy to continuously enter additional markets worldwide and to generate future growth. ISRA is represented at currently more than 25 locations in all important and relevant industrial countries, making it one of the globally most broadly positioned providers of its industry. The development in the regions maintains the positive dynamic recorded in the first quarter also in the second quarter of 2016/2017. Revenues on the American markets show double-digit growth rates. Also in Asia – and particularly in China – order entries continue on the high level of the first three months of the financial year. Beyond that, the expansions of sales management in Asia and North America will generate further revenue potential in both regions. In Europe, especially in Western Europe, the willingness to invest recorded in the first quarter currently continues in most countries and markets.

With its multi-branch strategy to grow diversified over different markets and regions, the manage-ment has established a robust and strategically very important foundation for sustainable growth. In the Industrial Automation segment, ISRA primarily focuses on a broad customer base of international car manufacturers – including renowned premium manufacturers – as well as many global companies which are leaders in their respective markets. Segment revenues amount to 13.8 million euros in the first half year of 2016/2017, an increase of 17 percent compared to the same period of the previous year (Q2-YTD-15/16: 11.8 million). EBIT grows by 16 percent to 2.6 million euros (Q2-YTD-15/16: 2.3 million euros). Segment results are overall driven by the high level of demand from automotive customers. German premium car manufacturers in particular are showing high interest in new products – both in the fields of 3D robot automation as well as surface inspection – for example in the paint quality control. Additional potential is generated by specifically targeting Asian and North American vehicle manufacturers with innovative solutions for flexible production automation – an important basis of the segment's future growth.

Revenues in the Surface Vision segment amount to 45.1 million euros in the first half of 2016/2017 (Q2-YTD-15/16: 41.5 million euros), an increase of 9 percent and 3.6 million euros respectively com-pared to the same period of the previous year. EBIT totals 9.0 million euros (Q2-YTD-15/16: 8.3 mil-lion euros), corresponding to an EBIT margin of 18 percent to total output (Q2-YTD-15/16: 18 %). The glass unit continues the strong growth of the first quarter with additional order entries – besides quality assurance systems for float glass, customers are particularly demanding products for the inspection of display glass and, increasingly, solar and automotive glass. Further revenue potentials in the plastics industry are expected due to product extensions for the comprehensive control of film and non-woven materials. The Company recorded an initial success with a multi-line order for installing sensors with embedded system architecture on several production lines. In the metal industry, ISRA expects the business dynamic of the first half year to proceed, especially the strategy “product portfolio for the inspection along the whole production chain” will be intensified with yield management software modules. In the paper business unit, management notes stronger order entries; the implemented design-to-cost measures to optimize production costs are showing effect. Innovations and concentrated marketing activities for the Asian and North-American print markets have created important potentials with global players in the printing industry. With the successful introduction of the new system concept for high-security printing, additional revenue potential is addressed in the niche market specialty (security) paper. In the solar industry, ISRA is focusing on systematic design-to-cost measures for the Asian market in order to participate in the current rise in demand. In the new semiconductor unit, the Company is concentrating on the market launch in Asia after first successful steps in Europe. Service offers contribute to the positive development and again account for a double-digit share of revenues in the second quarter. Management continues to systematically advance the internationalization of the service strategy with the goal to increase the revenue contribution of this business overproportionally in the medium term.
With the further development of intelligent sensors and a new generation of systems with high connectivity for the smart sensor portfolio, management sees considerable opportunities for future growth in the field of INDUSTRIE 4.0. In particular, the new software tool for production management "EPROMI" for improving productivity on automated production lines is expected to open up additional impulses. To realize these growth opportunities, ISRA is investing specifically in personnel extensions for Digital Business Development.

Besides strengthening organic growth, acquisitions remain a key element of the company's strategy. The activities are focusing on target companies that will sustainably advance ISRA’s technology leadership, market position or expansion into new markets. Several potential target companies from different industries are being examined at present. If the results of due diligence are positive, the conclusion of one project can indeed be expected in the current financial year.

The profitable result of the first six months of the current 2016/2017 financial year again shows the planning consistency and underscores the forecast for the full year. In order to achieve its medium-term revenue target, the company continues to focus on the expansion of its international presence, on core business and on product innovations. With a high order backlog of currently 90 million euros gross (PY: 85 million euros gross), ISRA had a strong start into the second half of 2016/2017. Provided that the economic conditions do not significantly change, management is forecasting further revenue growth of approx. 10 percent accompanied by strong margins at least in the level of the previous year. Optimizing operational productivity and cash flow remain one of the management's key strategic objectives. The focus of the company will remain to grow diversified across industries and regions and to exceed its revenue target of 150 million euros in the medium term.

ISRA VISION AG, together with its subsidiaries, is worldwide leading in surface inspection of web materials. Furthermore, it is one of the globally leading providers of machine vision programs, specialising in the area of 3D machine vision, in particular for "3D robot vision".

The core competence of the Company is the ISRA-BrainWARE®, an innovative software for intelligent machine vision systems. Here, the scientific know-how from the fields of optics, lighting technology, surveying technology, physics, image processing and classification algorithms and a complex system design are combined. Machine vision is a key technology for visualising systems that imitate the human eye. Today's ISRA applications focus primarily on the automation of production and quality assurance of goods and products supplied to large, future-oriented markets such as energy, healthcare, food, mobility and information. The customers mainly include renowned global players from the respective sectors. With more than 25 locations worldwide, ISRA offers customer proximity everywhere and ensures optimum service and support.

In the past seventeen years, ISRA has shown profitable growth with an annual average increase in sales of approx. 25 percent. Currently the Company employs approx. 700 people worldwide.