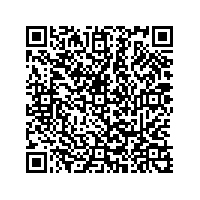 (PresseBox) ( Frankfurt am Main, 08-11-05 )
Deutsche Börse AG achieved its second strongest quarter ever in terms of sales revenue and EBITA in Q3/2008. Sales revenue rose by 10 percent to EUR616.1 million (Q3/2007: EUR561.9 million), reflecting both stable revenue performance in the third quarter in the Group's two largest business areas, Eurex and Clearstream, and the consolidation of the International Securities Exchange (ISE). The Company accrued a further EUR55.7 million (Q3/2007: EUR59.2 million) in net interest income from banking business. Total costs amounted to EUR311.2 million in the third quarter, 13 percent up on the prior year (Q3/2007: EUR274.5 million) due to the consolidation of ISE. Excluding ISE, costs would have decreased 2 percent.

EBITA in the third quarter increased by 5 percent to EUR385.0 million (Q3/2007: EUR368.3 million). The net financial result of the Group in the third quarter was negatively impacted by a currency effect of around EUR7 million related to the ISE financing. In total, the financing of ISE results in a positive currency effect of around EUR18 million in 2008. With the full redemption of the interim financing for ISE in July 2008, the target financing structure has been implemented. There will be no further currency effects affecting the income statement going forward. Based on the average number of 190.7 million shares outstanding, earnings per share in Q3/2008 rose by 10 percent to EUR1.35 (Q3/2007: EUR1.23 based on 194.1 million shares outstanding).

"Our strong results for the third quarter 2008 are proof of the stability and sustainability of the business model of Deutsche Börse Group. By this means, Deutsche Börse can also contribute to the overall stability of the global financial markets infrastructure. Against this background, Deutsche Börse Group will continue to work intensively with all interested parties, including customers, central banks and regulators. It is essential to explore all possibilities to employ proven exchange technology and risk management tools also in other markets and asset classes."

Thomas Eichelmann, CFO of Deutsche Börse, commented, "Q3/2008 was our second strongest result ever despite weaker business activity in some areas of the Group during July and August. Based on the excellent development of our business in the first nine months, the strong volume development in October, paired with our strict cost management and the steps initiated to lower our effective Group tax rate, we are confident to achieve a new record result for the full year 2008. We will issue cost guidance for 2009 following the meeting of the Supervisory Board of Deutsche Börse AG in early December."

Sales revenue in the Xetra segment fell by 12 percent in the third quarter to EUR99.9 million (Q3/2007: EUR113.4 million), mainly owing to investor restraint in cash market trading due to uncertainty in the markets, in particular during the months of July and August. The trading volume on Xetra fell by 18 percent to EUR540.3 billion (Q3/2007: EUR602.2 billion), while the number of transactions rose by 15 percent to 55.8 million (Q3/2007: 48.7 million). The proportion of algorithmic trading on Xetra stood at 44 percent in the third quarter
(Q3/2007: 42 percent). Floor trading volumes, excluding structured products, fell by 34 percent to EUR17.8 billion. Against the second quarter 2008, both Xetra and the Floor trading showed volume increases in Q3/2008. EBITA in the quarter displayed a drop of 27 percent to EUR56.7 million (Q3/2007: EUR77.8 million).

This rise was the result of the full consolidation of ISE. A total of 535.1 million contracts were traded on Eurex in the third quarter, a rise of 8 percent. 69 percent of these contracts were equity and index products and 31 percent interest rate products. A further 276.6 million contracts on US underlyings were traded on ISE, 29 percent more than in Q3/2007. EBITA displayed a rise of 21 percent to EUR153.0 million (Q3/2007: EUR126.4 million).

Revenue development at Market Data & Analytics remained positive. Sales revenue increased by 9 percent to EUR46.1 million (Q3/2007: EUR42.3 million). The revenue rise is primarily attributable to new subscriptions for price and trading data for the cash and futures markets, as well as the growth in index products.