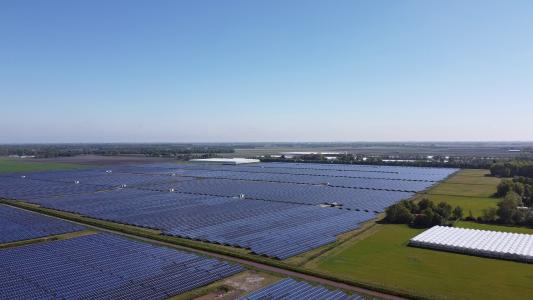 (PresseBox) ( Hirschberg an der Bergstraße, 20-05-08 )
With a construction time of only eight months, Goldbeck Solar built the Midden-Groningen solar park in almost record time. Currently the largest - grid connected – project in the Netherlands, supplies around 33,000 households with green energy.

For Goldbeck Solar, the Midden-Groningen solar park was the largest grid connected project in the BeNeLux countries in 2019. Nevertheless, the experienced EPC company managed to build the park in only eight months on behalf of Chint Solar, so that it could be connected to the grid in November 2019. It was also the first project to be connected directly to the TenneT high-voltage grid.

"Due to the size of the project, the organisation in particular was a great challenge. We had to coordinate numerous trades to enable it to be connected to the grid in autumn 2019," explained Luca Simonetti, project manager at Goldbeck Solar. "Thanks to the good cooperation with our partner Greencells and ABB on the grid connection side, we were ultimately able to complete the connection successfully on schedule."

In the coming months, the solar park is expected to blend in perfectly with the surrounding landscape. For example, a hedge is planned to serve as a green barrier and separate the solar park from the surrounding houses. At the same time, birds and insects can breed and live undisturbed on the existing flower and meadow areas.

A good 317,000 Astronergy 325 Wp solar modules were installed during the construction period on the almost 120 hectares site on Sappemeer near Groningen, offering an installed capacity of 103 MWp. This is enough for at least 33,000 households, which can now obtain green energy via the solar park at Midden-Groningen. This results in a CO2 saving of around 45,000 tons per year.

This makes the Midden-Groningen solar park the largest solar park in 2019 in the Netherlands. Goldbeck Solar shows once again that it can also successfully implement projects of this size – not only in the BeNeLux countries, but worldwide. 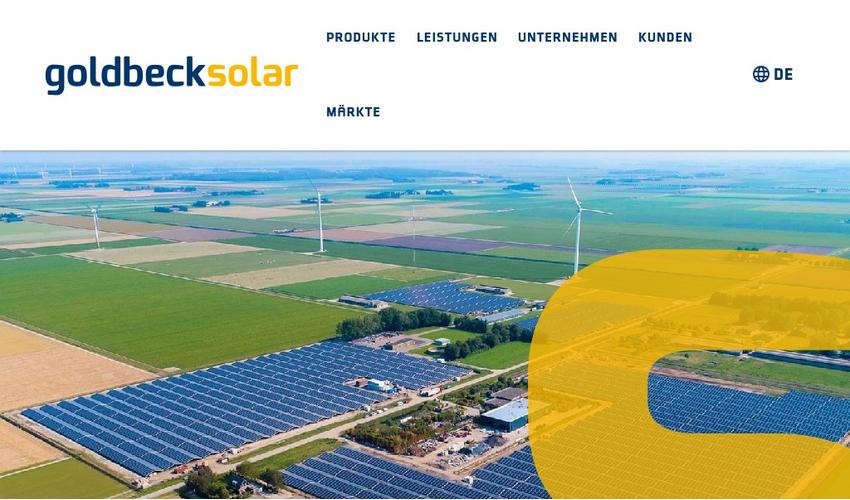