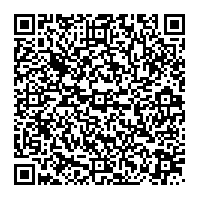 PARTsolutions V11: New Version optimizes the design process for engineers in terms of time and costs, and shortens time-to-market 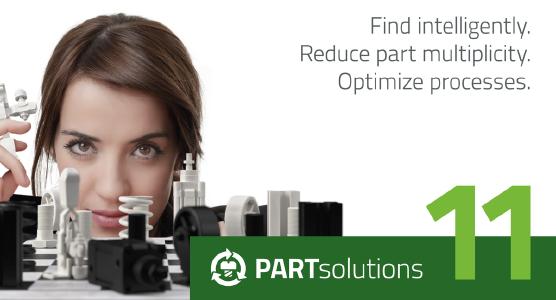 (PresseBox) ( Augsburg, Germany, 17-07-20 )
In July, CADENAS is publishing Version 11 of their Strategic Parts Management PARTsolutions. The German software manufacturer aims to simplify the daily work of engineers and purchasers and to provide support for the optimization of design processes for the exploitation of hidden economic potential. For this reason, the focus of the new version is especially on the development and simplification of the search functions. In particular, the reuse of standard, purchased and company parts can have a positive influence on costs, already during the design phase. As of now, this is possible by a comprehensive extension of the search functions as well as the filter assistants. Moreover, PARTsolutions V11 offers engineers and purchasers an optimized user interface for intuitive operation. The PARTsolutions Version 11 has also been successfully certified for the Windows 10 operating system and thus shows that the Strategic Parts Management from CADENAS meets Microsoft's high requirements.

With the help of the Geometric Similarity Search GEOsearch, it is now easier for PARTsolutions users to compare two components. For the first time after the search, mirrored components are specially marked in the results list. Engineers are then informed if the part is geometrically similar to the component searched for, even though it cannot be installed due to the mirrored image. In addition, users can specify in the settings whether mirrored components should be hidden in the search results.

By means of the LIVEsearch function of the Geometric Similarity Search, engineers and purchasers receive optimum support. In the CAD system, geometrically similar components that exist are searched for automatically already during the design process and shown at the edge of the screen. Thanks to the new quick comparison, the components can then be easily compared with each other.

In addition to the Geometric Similarity Search GEOsearch, where the entire component is used in the search, PARTsolutions also has a partial search available. Here, individual elements of a component can be marked and the search for components with similar elements can be performed. The Partial Search is further developed in Version 11. Besides the small subsegments of a component, special geometric arrangements can also be used for the Partial 3D Similarity Search. Here an example: Users can mark the number 56 within their CAD system for the following component. Afterwards, components are displayed that show a geometrically similar arrangement to the marked area. In this way, similar hole pattern, plugs, etc. can be found.

Detection of additional patterns in components

With PARTsolutions Version 11, new topology types have been added for the Topology Search. Thus, additional new patterns are automatically detected and used in the search for components. This way, users can run their search according to certain drilling patterns or arrangements like cones and get to the desired component that much quicker.

The new Classification 2.0 enables engineers and purchasers to run quick and easy searches for standard and purchased parts in all catalogs. In contrast to traditional classification, Classification 2.0 requires no extensive, manual preparation. Parametric reference models have been stored for the individual classes. With the new search method, for example, not only the component class but also drill holes with their respective sizes can be taken into account.

The tables with the respective component information have been completely redesigned for the PARTsolutions Version 11 and expanded with additional helpful features. The modern table layout can be adjusted individually by the user, for example, in changing the height of the table, etc. There are two types of tables available in the new PARTsolutions version for engineers and purchasers. Component information can be displayed vertically as well as horizontally, where switching between the two views can be done easily and quickly with a click. In the vertical view, the user also has the option to configure each component in just a few steps.

Moreover, there are new filter options available in PARTsolutions V11. So for the first time, users can filter by column, which simplifies reworking within the table. Input fields are displayed for filtering in the header of each column. The available variants can be narrowed down with just a few inputs.

Another new feature is the option to configure the component directly in 3D view. Users are offered a choice of variables in the 3D component preview, and so the values no longer need to be searched for in the table.

Other optimizations of the PARTsolutions interface, which make for easier and more intuitive operation of the software solution, are: The variable placement of the docking window according to the individual needs of the user as well as the Tooltip, where important information about buttons and functions of PARTsolutions is shown in infoboxes.

If the engineer uses a new component from a non-approved supplier in his design, purchasing normally doesn't find out until much later. The intervening and use of an alternative component of a defined preferred supplier is then hardly possible or only at high cost. The purchaser normally has no other choice than to obtain that component. PURCHINEERING 2.0 gets purchasers involved early on in the development process: In PARTsolutions, an automatic service monitors all parts checked into the PLM in the background and checks whether the new component or the supplier is really necessary. If the new system was unjustified or an approved alternative already exists, engineers and purchaser are informed within a very short time that it could be an unnecessary component or that it must be obtained from an existing supplier. Changes during this early phase of development are fast and problem-free, thus ensuring a short time-to-market.

Further information can be found in our PARTsolutions brochure or at: www.cadenas.de/strategic-partsmanagement

CADENAS is a leading software developer in the areas of Strategic Parts Management and parts reduction (PARTsolutions), as well as Electronic Product Catalogs (eCATALOGsolutions). With its customized software solutions, the company acts as a link between the component manufacturers with their products and the purchasers.

With its 320 employees at 17 international subsidiaries, the name CADENAS (Spanish: process chains) has been standing for success, creativity, support and process optimization since 1992.

More information can be found on our homepage at: www.cadenas.de/en