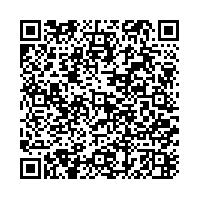 Despite that ZhongDe Waste Technology's results for the first three months of 2013 remain unsatisfying, they improved compared to the same period last year. While revenues increased slightly to 1.25 million Euros, gross profit showed an improvement as well, growing by 14.5 per cent to 0.2 million Euros. Given the favorable economic prospects for eco-friendly waste disposal in China and the progress of ZhongDe's BOT projects, the company is cautiously optimistic for the full year 2013.

ZhongDe still disposes of a strong equity and cash position, allowing the company to further advance in the fields of BOT investments and project finance in the future. Amounting to 100.0 million Euros, cash and cash equivalents remain on the same high level as in the first quarter of 2012. Equity increased by 1.9 per cent to 114.9 million Euros (31 December 2012:112.8 million Euros). Equity ratio amounted to 55.4 per cent as at 31 March 2013 (31 December 2012: 56.2 per cent).

Additionally, the order backlog increased significantly by 90.7 per cent to 264.5 million Euros compared to the first quarter of 2012, which was mainly due to the new contract for the Lanzhou project, a BOT project with a daily capacity of up to 3,000 tons per day.

Looking ahead to the remaining quarters of 2013, ZhongDe expects to further benefit from the favorable political and economic environment for eco-friendly waste disposal as well as from the growing demand for energy-from-waste plants in China as well as throughout Asia.

Currently ZhongDe is negotiating on two new projects with an expected disposal capacity of 1.000 tons per day each and is confident to close the contracts in 2013. In the second quarter of 2013, the company anticipates to sign one of the two contracts. Moreover, ZhongDe's current three BOT projects will be completed in 2013 and will begin their operations and generate cash-inflows. Further, revenues will be derived after the finalisation of the BOT projects and the construction of the EPC projects in Dingzhou and Zhucheng, once they have been resumed.

All in all, ZhongDe expects to remain in a transition period during the current financial year in which the company will finalise projects that will start its operations. Furthermore, ZhongDe intends to start construction its Lanzhou project in Q4 2013. ZhongDe anticipates to achieve better financial results in 2013 compared to 2012.

Please find the complete Q1 Report 2013 of ZhongDe Waste Technology AG on the company's website under the following link:
http://www.zhongde-ag.com/investor_relations/publikationen.html

ZhongDe Group designs, invests, constructs, finances and operates energy-from-waste plants generating electricity from the incineration of solid municipal and industrial waste. ZhongDe realises either EPC (Engineering, Procurement and Construction) or BOT (Build, Operate and Transfer) projects, focusing on large-scale plants with waste disposal capacities of around 1,000 tons per day. Since 1996, ZhongDe Group has installed approximately 200 waste incinerators in 13 provinces throughout China. ZhongDe is one of the leading players in the project development and operation of energy-from-waste plants in China.