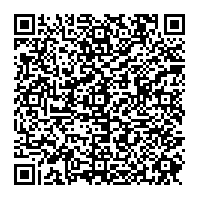 (PresseBox) ( Mannheim, 09-02-20 )
Concerns about the difficult economic conditions in some Central- and Eastern European countries have caused turbulences on the stock and exchange markets recently.

In the February "ZEW Financial Market Survey CEE", the analysts acknowledge the currently fraught situation. The indicator reflecting the assessment of the present economic situation in Central and Eastern Europe (the CEE region), which is calculated monthly by the Centre for European economic Research (ZEW), supported by the Erste Group Bank, loses 0.7 points and now reaches minus 58.1 points in February. Its currently low value indicates that the respondents take a pessimistic view on the business conditions in the CEE area.

Against the background of this difficult initial situation, however, the economic expectations for the CEE region on a six-month time horizon have improved significantly. The CEE sentiment indicator, which captures the negative and positive assessments on the region's future business prospects, rises in February by 15.8 to minus 33.3 points, increasing for the second time in a row. Despite its still negative value, the experts hold out hope of a reviving business cycle in the second half of 2009.

With regard to the individual CEE countries, the analysts' outlook for the coming six months brightens, too. The Croatian indicator gains most strongly, recovering by 32.7 to currently minus 12.0 points. Also concerning the forecast for the Hungarian economy the respondents are clearly more optimistic. The respective balance jumps up by 26.9 to 23.2 points at present. The Austrian indicator mounts 16.5 points to minus 24.0 points. Only the economic forecast for the Eurozone changes for the worse, the associated indicator reaching minus 46.4 points - the lowest value in this category within the February survey.

In spite of taking a critical stance on the current economic situation in the CEE region as a whole, the experts assess the present conditions in the CEE countries more positively than in the previous month. The corresponding Slovak balance gains most strongly, improving by 14.6 to minus 25.0 points. The Czech indicator, however, drops 7.6 points, reaching minus 44.0 points. As to the Eurozone, the respondents' valuation worsens, too. The respective balance loses 9.6 to minus 74.5 points in February.

In the current survey, the participants increasingly assume that the reduction of inflation will abate in the CEE region as a whole, the individual CEE countries and the Eurozone. Nonetheless, the majority of the respondents still expect falling inflation rates.

For all CEE economies - with the exception of Croatia - the polled financial experts anticipate decreasing interest rates in the long run, meaning on a 10 year time horizon. Only with respect to Croatia, a clear majority of the analysts counts on rising yields of decennial bonds.

With the exception of the Eurostoxx 50, the balances for the development on the stock markets in the CEE countries remain positive by double-digits. As opposed to this, the Eurostoxx 50 reaches 4.0 points, having lost 21.5 points. 49.0 percent of the experts reckon with an ascending CEE stock index NTX over the coming six months. The associated indicator remains unchanged at 20.4 points. The balance for the Austrian stock index ATX, however, notes a slight amelioration. Having been assessed pessimistically in January, the indicator for the Romanian share index BET recovers by 16.9 points, turning positive again (14.5 points currently).

The expectations with regard to the exchange rates of the different currencies versus the Euro are still highly heterogeneous. A clear majority of the analysts, namely 46.0 percent, anticipate a depreciation of the Romanian Leu. In contrast, 46.8 percent of the survey participants, for instance, predict a constant exchange rate of the Croatian Kuna.

The special question in February deals with the expected development of various industry sectors in the CEE region as well as in particular CEE countries. The survey participants were asked, which branches of industry, according to their opinion, will perform best/worst or stable in which country this year. With respect to the CEE region as a whole, the food and machinery sectors are regarded as clear "winners" in 2009. According to the financial experts, however, a difficult year is in store for the construction and hotel industries.

Regarding the outcomes in greater detail, the experts consider the performance potential of the "wholesale and retail trade" in Hungary and the financial industries in Bulgaria, Hungary and Romania to be lowest within a CEE country comparison. By opposition, the respondents count on good results in the Hungarian and Romanian agricultural sectors, the Bulgarian textile branch, the Slovak chemical industry as well as in the Hungarian sector for "electricity, gas and water".

The Financial Market Survey CEE is a survey carried out by ZEW Mannheim and the Erste Group Bank AG Vienna, among financial market experts and has been conducted monthly since May 2007. The target of this survey is to develop indicators describing the economic conditions in Central and Eastern Europe (CEE) as well as in Austria. The CEE region observed in the survey consists of Bulgaria, Croatia, the Czech Republic, Hungary, Poland, Romania, Serbia, Slovakia and Slovenia.

The financial experts are questioned on their evaluations of the current business situation, the medium-term prospects of the respective economies and their expectations as to the development of the inflation rate, the short- and long-term interest rates, the exchange rates and share prices on a six month time horizon. The analysts' assessments reflect the qualitative direction of the estimated changes.

Among the analysed economies are the CEE region, the Eurozone as well as the Czech Republic, Poland, Hungary, Slovakia, Croatia, Romania and Austria. The monthly 'Financial Market Report CEE' contains the results for every Central and Eastern European country in detail.