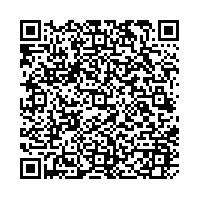 (PresseBox) ( Mannheim, 09-08-21 )
The ZEW-Erste Group Bank economic sentiment indicator for Central and Eastern Europe is characterised by a strong increase in August. The balance reflecting the financial experts' economic expectations for the CEE region on a six months horizon gains 32.0 points in value, reaching 36.0 points. After an adjustment of the indicator in July, the perceived optimism of the past half year seems to grow further. 56.0 percent of all questioned analysts anticipate a rebound of the economy, compared to only 20.0 percent forecasting a further slowdown.

In spite of recovering slightly in August, the indicators reflecting the experts' view on the current economic situation remain highly negative. The corresponding balance for the CEE region closes at minus 65.4 points. The valuations for Austria and the Eurozone achieve minus 42.2 and minus 53.7 points.

A majority of the analysts participating in our survey expect unchanged inflation rates in the CEE area, Austria and the Eurozone for the next half year.

In August, the respondents predominantly look favourably upon the development of the share indices for the CEE region (NTX) and Austria (ATX) as well as on the performance potential of the Eurostoxx 50 over the coming six months. The corresponding indicator for the NTX reaches 17.0 points; the balances for the ATX and the Eurostoxx 50 now stand at 20.0 and 17.8 points respectively.

The sentiment indicator for Croatia ascends by 21.8 to 4.7 points in August, compensating for the strong decline in the previous survey. The balance capturing the analysts' assessment of the current economic situation recovers slightly compared to last month, gaining 3.2 points. In line with the results for most other CEE countries, it remains deeply in the red, however, closing at minus 66.6 points. Regarding the anticipated development of the Croatian Kuna, the financial experts' prognoses increasingly suggest depreciation versus the Euro, as the corresponding indicator reaches minus 41.5 points in August.

The business forecast for Poland improves clearly this month, the respective balance rising by 19.8 to 31.1 points. The respondents' view on the present economic circumstances rests nearly unchanged at minus 46.0 points - one of the best values in the CEE country comparison. As to the Polish currency, the financial experts remain optimistic in the current survey. 66.7 percent of all questioned analysts anticipate an upward revaluation of the Zloty

Turning positive again, the balance reflecting the analysts' economic expectations for Romania ameliorates significantly by 29.0 to 22.2 points in August. By contrast, the survey participants still take a critical stance on the present business situation. Although it decreases only marginally this month, the associated indicator is characterised by the lowest value among all analysed economies, standing at minus 77.2 points.

Compared to the outcomes for all other regarded countries, the financial experts spot the lowest inflation risks in Romania. The corresponding indicator reaches minus 37.0 points in the current survey.

The cyclical indicator for Slovakia notes the highest ascent in August within the CEE country comparison, jumping by 40.7 to 36.3 points at present. The same holds for the analysts' assessment of the current business conditions in Slovakia, the respective indicator mounting 11.2 to minus 60.5 points.

As in the previous month, the financial experts remain cautious about the future development of the Slovak share index SAX. Standing at 7.9 points, the corresponding balance stays at the lower end of the prognoses for CEE stock markets.

Increasing by 30.3 to 38.8 points, the sentiment indicator for the Czech Republic achieves the second best value among all analysed economies. The balance capturing the present economic situation improves slightly by 3.1 to minus 51.0 points.

In comparison with the results for other CEE nations, the experts' outlook for the Czech stock market is rather reserved in the current survey. The balance for the share index PX50 drops markedly, but remains positive, however, closing at 9.6 points.

In line with the results for the CEE region as a whole, the financial analysts' six months economic expectations for Hungary improve in August, as well. The sentiment indicator rises by 29.5 to 27.4 points, entering the positive range. By opposition, the experts are still sceptical about the present economic conditions in Hungary, predominantly regarding them as negative. The corresponding balance ascents by 10.5 points, reaching minus 74.9 points - the second worst value in this category among the examined CEE countries.

As to the anticipated interest rates, a quite clear picture emerges. 80.4 percent of all questioned analysts count on falling short-term interest rates for the next half year.

The special question in August analyses the development of commodity prices in the short as well as in the long run. Nearly 48 percent of all survey participants expect the oil price to increase over the coming six months. Still, equal shares of 26 percent respectively forecast a constant or even declining price level. Nearly half of all financial experts predict an oil price between 71 and 90 US-Dollar per barrel.

The financial experts' assessments concerning the development of the gold price are more heterogeneous. 42 percent of the analysts expect a constant, 35 percent a rising and 23 percent a lower gold price on a six month horizon. On average, the respondents reckon with a gold price of 947 US-Dollar per ounce.

In the long run (five years), the majority of the survey participants count on rising prices for all selected commodities: oil, gold as well as agricultural commodities.

The Financial Market Survey CEE is a survey carried out by ZEW Mannheim and the Erste Group Bank AG Vienna, among financial market experts and has been conducted monthly since May 2007. The target of this survey is to develop indicators describing the economic conditions in Central and Eastern Europe (CEE) as well as in Austria. The CEE region observed in the survey consists of Bulgaria, Croatia, the Czech Republic, Hungary, Poland, Romania, Serbia, Slovakia and Slovenia.

The financial experts are questioned on their evaluations of the current business situation, the medium-term prospects of the respective economies and their expectations as to the development of the inflation rate, the short- and long-term interest rates, the exchange rates and share prices on a six month time horizon.

Among the analysed economies are the CEE region, the Eurozone as well as the Czech Republic, Poland, Hungary, Slovakia, Croatia, Romania and Austria.