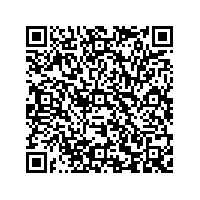 Subscribe to news
(PresseBox) ( Burgdorf, 09-07-03 )
Ypsomed Holding AG has successfully completed a capital increase of CHF 96.3 million as approved by the General Meeting of Shareholders on June 24, 2009. As a result of the transaction Ypsomed's consolidated equity ratio will increase to 82.9%. All of the 1'405'526 new registered shares have been subscribed for as part of the rights offering by existing shareholders and by the majority shareholder respectively. After the expiration of the subscription period on July 3, 2009 (12:00 CET), the subscription price was set at CHF 68.50 per registered share. This corresponds to a discount of 2.1% compared to the last price paid at the end of the subscription period.

Based on their subscription rights the current shareholders have subscribed for 1'155'313 new registered shares. For an "at market" capital increase, this corresponds to a high exercise ratio of 82.2%. The remaining 250'213 registered shares have been acquired by the majority shareholder at the subscription price. After the completion of the capital increase including an increase of the par value, Ypsomed Holding AG will have 12'649'739 registered shares with a par value of CHF 15, of which Dr. h.c. Willy Michel and Techpharma Management AG together hold a total of 73.0%.

Use of the funds

Through the conversion of part of the shareholder loan provided by the majority shareholder, this loan will be reduced by CHF 85.5 million to CHF 54.5 million. Taking into account the net proceeds of CHF 9.1 million, the equity ratio will increase to a very high 82.9%. Ypsomed Holding AG intends to use the funds from the capital increase for continued internal and external growth, in particular for up-front investments in setting up the production for new injection systems as well as for the imminent market development for the new Pura(TM) blood glucose monitoring system from Bionime in Europe. The possibility of increasing the stake in Bionime is also being examined.

It is expected that the new registered shares will be listed and traded on the SIX Swiss Exchange AG and BX Berne eXchange starting on July 9, 2009.

"This media release constitutes neither an offer to sell nor a solicitation to buy any securities, and it does not constitute a prospectus within the meaning of Article 652a of the Swiss Code of Obligations or within the meaning of the Listing Rules of the SIX Swiss Exchange. Investors should make their investment decision to buy or subscribe to shares solely on the basis of a prospectus, and the offer of securities of Ypsomed Holding AG will be made solely by means of a prospectus to be published by the company and that will be made available free of charge.