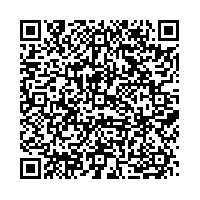 Outlook improves in Germany and UK, but chief executives in France and Greece less positive

(PresseBox) ( Irving, Texas, 17-05-09 )
YPO, the premier chief executive leadership organisation in the world, announced today that confidence among chief executives in the European Union (EU) remained stable in the first quarter of 2017 (1Q 2017), despite significant fluctuations within the major EU economies. The results of the YPO Global Pulse Confidence Index for the EU remained positive at 60.9, maintaining its highest level since April 2016.

While overall sentiment remained steady, there were significant shifts in confidence within the major EU economies. France saw a sharp decline in confidence in the weeks preceding the tightly-contested presidential election on 23 April. The Index for France slumped 8.1 points to 54.5, its lowest level since January 2015.

Greece also reported a severe loss of confidence, following its weak economic performance, crashing 11.9 points to 46.2, its lowest point since July 2015 and back in pessimistic territory. Italy saw a more moderate decline, slipping 1.5 points to 59.8.

Germany, on the other hand, enjoyed a strong surge in confidence in the first quarter, gaining 6.4 points to 62.7, its highest level since January 2011. This followed stronger than anticipated growth at the end of 2016 and in the first three months of this year.

The United Kingdom also reported a more positive outlook, jumping 6.0 points to 61.0, its highest level in the past twelve months, and prior to the referendum decision to leave the EU.

"Despite concerns of an economic slowdown, most economies in the EU have continued to strengthen and, in some cases, outperform predictions," said Juan Carlos Fouz Silva, YPO member and CEO of Global Assets Buyout.

"Chief executives in Europe are facing unprecedented levels of uncertainty, both within the region and beyond, and are operating in an economic and political landscape that is changing by the day. While the climate for business remains relatively favourable at present, chief executives will remain somewhat cautious, particularly with important elections on the horizon in Germany, France and the United Kingdom."

Non-EU Europe reported the lowest level of confidence in the world, falling 2.5 points to 51.8.

Key findings in the EU

EU business leaders remained optimistic about the prospects for revenue growth within their own organisations over the next 12 months. The YPO Sales Confidence Index edged up 0.4 point to 66.9, as nearly two-thirds of CEOs (64%) predicted increased revenue in 2017, compared with only 5% who predicted a decline in sales.

However, business leaders were less optimistic when it came to their hiring intentions. The majority (70%) expected the size of their workforce to remain unchanged over the next 12 months, while 26% expected to increase headcount, and 4% expected to cut staff numbers.

Business leaders in France were less optimistic during the quarter under review, amid growing uncertainty surrounding the country's presidential election and the potential for significant shifts in economic policy.

More than a quarter (29%) of French CEOs stated that economic conditions had deteriorated in the previous six months, a significant increase on the previous survey, when only 11% reported worsening conditions.

French business leaders were also notably more cautious about the prospects for their own organisations in the next 12 months. Only 29% predicted increased revenue, down from 66% in the previous quarter. As few as 7% predicted increased headcount, down from 40% in the January survey, and only 29% expected to boost fixed investment levels, down from 55%. The majority of French CEOs expected revenue, employment numbers and fixed investment levels to remain flat over the next year.

The quarterly electronic survey, conducted in the first two weeks of April 2017, gathered answers from 1,216 chief executive officers across the globe, including 196 in the European Union. Visit www.ypo.org/globalpulse for more information about the survey methodology and results from around the world.

The premier leadership organization of chief executives in the world.

YPO is the global platform for chief executives to engage, learn and grow. YPO members harness the knowledge, influence and trust of the world's most influential and innovative business leaders to inspire business, personal, family and community impact.