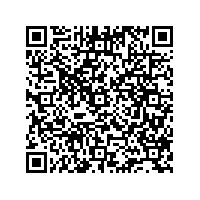 Relocation and partial move of staff and equipment

The business model - production and sales of refined printed circuit boards - was not profitable any more in Pforzheim. The business year 2011 had been closed with a slump in revenues of - 18,3 % compared to previous year and a continued negative trend in the business year 2012. A substantial negative result had been recorded for 2010 already. Among other things, the production building was oversized. It had been a production site for printed circuit boards until 2009. Afterwards, the electronic expert specialised in PCB refinement and polymer print technology under the name Würth Elektronik FLATcomp Systems. The operational infrastructure, however, turned out to be too oversized and costly. Thus, Würth Elektronik's executive board considered a complete shutdown of plant Pforzheim as inevitable.

All options for keeping the employees at other locations of Würth Elektronik GmbH & Co. KG and within the Würth Group had been evaluated intensively and discussed in person with the concerned employees.

By now, the company offers alternatives to dismissal to more than half of the staff. For the remaining employees, a redundancy program had been arranged in close coordination between general management, works council and trade union; it will generously absorb consequences for the affected employees.

Any option for future use of the production building in Pforzheim as well the possibilities of sale to new owners are now under review.

„We deeply regret that the business model in Pforzheim did not work anymore, particularly with regard to the Würth Elektronik staff’s extraordinary commitment to their work. All the more, I am happy that such a big part of the workforce will accompany our step to a new future and that we are able to offer an appropriate social action to the other colleagues” explains FLATcomp Systems Executive Manager Dr. Klaus Wittig.

Würth Elektronik’s brand name FLATcomp in the PCB industry stands for embedded flat printed conductive polymer components. Customized system solutions based on such conductive polymer had been developed and produced in Pforzheim, such as shielding, key pads, switching surfaces, potentiometers and printed resistors, mainly for automotive applications. Those components can be positioned on the PCB’s outer and inner layer.
Würth Elektronik production plant had been dealing with the polymer technology’s development since 1981.

The Corporate Group Würth Elektronik with its headquarters in Niedernhall (Hohenlohe) is a legally independent corporation in the Würth Group with a workforce of about 6.200 all over the world and a sales turnover of about 699 million Euros in 2011, whereof 128 million Euros had been generated in the printed circuit board segment.