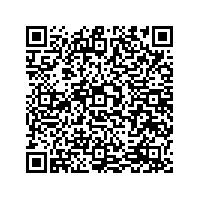 "The World Economic Forum on Africa is an important opportunity to take the pulse each year of the most influential of Africa's stakeholders. We look forward to holding the meeting in Tanzania at a time when the whole East Africa region is expected to experience stronger growth," said Andre Schneider, Managing Director, World Economic Forum.

President Jakaya M. Kikwete of Tanzania echoed his enthusiasm: "It is an honour for Tanzania to host the 2010 World Economic Forum on Africa. We are looking forward to welcoming the community, which I am confident will continue to make important contributions in our collective quest for a better world. It is heartening to see the positive impact that the World Economic Forum has on key issues of global concern. This unique gathering regularly convenes a very diverse group of friends of the continent who are united in their optimism of what Africa can, must and will achieve."

Katherine Tweedie, Director and Head of Africa at the World Economic Forum, placed the development in its historical context: "2010 is a special year for the community. Not only will it be the 20th anniversary of the World Economic Forum on Africa, it is also the first time that the Forum's Africa meeting will be held in East Africa."

"The World Economic Forum on Africa has historically brought together the most respected and influential leaders in business, government, civil society, media and academia, and enabled them to contribute towards making Africa a better place and to improving the lives of all Africans. We are excited and supportive of the move to take the community to Tanzania, and we are confident that it will be a success," added Patrice Motsepe, Executive Chairman, African Rainbow Minerals Ltd (ARM) and a member of the Forum's International Business Council.

Motsepe is also a member of the Forum's Africa Circle which includes leaders who have taken part in the Africa meeting for 10 or more years. Other members of the Africa Circle include former President of South Africa, Thabo Mbeki; Trevor Manuel, Minister of the National Planning Commission (NPC) of South Africa; Reuel Khoza, Chairman of the Nedbank Group; Former President of Mozambique and current Chairperson of the Africa Forum for Former African Heads of State, Joaquim Alberto Chissano; Maria Ramos, Chief Executive Officer of Absa Group; and Simba Makoni of Makonsult who is a former Minister of Finance for Zimbabwe.

The World Economic Forum on Africa takes place over three days and is renowned for its informal style that engenders frank and open conversation among the most influential leaders with a stake in the region. The 2009 gathering was hosted in Cape Town by newly elected President Jacob Zuma of South Africa.