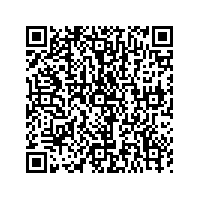 Peace, Stability and Inclusive Growth are Key to Sustaining Prosperity in East Asia

Economies in East Asia face significant risks to their continued prosperity, in particular, the challenge of inequality and threats to peace and stability in the region, the Co-Chairs of the 23rd World Economic Forum on East Asia cautioned in the closing session of the meeting. "On the one hand, we live in an exciting world; yet on the other hand, the issue of inclusiveness is real and may endanger the progress we have made," James T. Riady, Chief Executive Officer of Lippo Group in Indonesia, said. Takeshi Niinami, Chairman of Lawson in Japan, added: "To sustain peace and stability, the solidarity and collaboration of ASEAN countries has become more important."

To address inequality and maintain peace and stability effectively will require innovative solutions. "The problems today are different from the ones last week and the ones next week," said Yolanda Kakabadse, President, WWF International, Switzerland. "We cannot close our discussions in a box. We need to be permanently renovating our way of thinking and looking at new technologies and actors." Young people have to be more involved, she argued.

For his part, Atsutoshi Nishida, Chairman of the Board of Toshiba Corporation in Japan, told participants that "climate-smart growth" must be a key goal. This includes preparing for more extreme and more frequent natural disasters due to global warming, which are likely to have increasingly devastating consequences. Business has to take a leading role, he advised. "Companies must successfully address the issue of sustainability for the entire world to enjoy sustainable growth. To achieve sustainable development, unceasingly creating innovation and increasing productivity are and will remain vital."

The 23rd World Economic Forum on East Asia was hosted with the support of the Government of the Philippines. The theme of the meeting was Leveraging Growth for Equitable Progress. Over 700 business, government and civil society leaders from more than 40 countries participated in the event. The 2015 World Economic Forum on East Asia will be held in Indonesia.

The World Economic Forum is an international institution committed to improving the state of the world through public-private cooperation in the spirit of global citizenship. It engages with business, political, academic and other leaders of society to shape global, regional and industry agendas.

Incorporated as a not-for-profit foundation in 1971 and headquartered in Geneva, Switzerland, the Forum is independent, impartial and not tied to any interests. It cooperates closely with all leading international organizations (www.weforum.org).