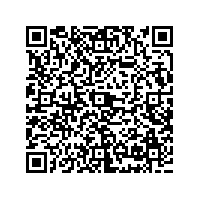 (PresseBox) ( Geneva, Switzerland, 08-11-12 )
Norway (1) leads the world in closing the gender gap between men and women, according to the overall ranking in the World Economic Forum's Global Gender Gap Report 2008 released today. Three other Nordic countries - Finland (2), Sweden (3) and Iceland (4) - also top the Report's Gender Gap Index. Previously higher ranking countries such as Germany (11), United Kingdom (13) and Spain (17) slipped down the Index but stayed in the top 20, while Netherlands (9), Latvia (10), Sri Lanka (12) and France (15) made significant gains.

In the bottom half of the rankings, countries such as Tunisia (103), Jordan (104) and United Arab Emirates (105) made overall gains, driven by narrower gaps in literacy, and in the case of Jordan and the UAE, in the percentage of women in political decision-making positions. Syria (107), Ethiopia (122) and Saudi Arabia (128) not only fell farther in the relative ranking, but also showed a drop in scores relative to their own performance last year.

The Global Gender Gap Index scores can be interpreted as the percentage of the gap between women and men that has been closed. The three highest ranking countries have closed a little over 80% of their gender gaps, while the lowest ranking country has closed only a little over 45% of its gender gap. Out of the 128 countries covered in both 2007 and 2008, more than two-thirds have posted gains in overall index scores, indicating that the world in general has made progress towards equality between men and women. Additionally, taking averages across the subindexes for these 128 countries reveals that, globally, progress has been made on narrowing the gaps in educational attainment, political empowerment and economic participation, while the gap in health has widened.

"Greater representation of women in senior leadership positions within governments and financial institutions is vital not only to find solutions to the current economic turmoil, but to stave off such crises in future. At the World Economic Forum, we put strong emphasis on addressing this challenge with a multistakeholder approach through our global and regional Gender Parity Groups," said Klaus Schwab, Founder and Executive Chairman of the World Economic Forum. These communities of highly influential leaders from business, politics, academia, media and civil society - 50% women and 50% men - seek to share best practices and identify the most effective strategies to optimize the use of talent.

The Global Gender Gap Report 2008 is based on the innovative new methodology introduced in 2006 and includes detailed profiles that provide insight into the economic, legal and social aspects of the gender gap in each country. The Report measures the size of the gender gap in four critical areas of inequality between men and women:
- Economic participation and opportunity - outcomes on salaries, participation levels and access to high-skilled employment
- Educational attainment - outcomes on access to basic and higher-level education
- Political empowerment - outcomes on representation in decision-making structures
- Health and survival - outcomes on life expectancy and sex ratio The Report is the result of collaboration between Ricardo Hausmann, Director of the Centre for International Development at Harvard University, USA; Laura Tyson, Professor of Business Administration and Economics at the University of California, Berkeley, USA; and Saadia Zahidi, Head of Constituents at the World Economic Forum. "The Index assesses countries on how well they are dividing their resources and opportunities among their male and female populations, regardless of the overall levels of these resources and opportunities. Thus, the Index does not penalize those countries that have low levels of education overall, for example, but rather those where the distribution of education is uneven between women and men," said Hausmann.

The Report also provides some evidence on the link between the gender gap and the economic performance of countries. "Our work shows a strong correlation between competitiveness and the gender gap scores. While this does not imply causality, the possible theoretical underpinnings of this link are clear: countries that do not fully capitalize effectively on one-half of their human resources run the risk of undermining their competitive potential. We hope to highlight the economic incentive behind empowering women, in addition to promoting equality as a basic human right," added Tyson.

"The Report reveals that progress is not only possible, but possible in a relatively short space of time: calculating the Index as far back as data would allow, we found that countries such as Chile, Spain, Turkey and Finland have closed between 5 and 10 percentage points of their respective gender gaps over just the past eight years. When we interpret these percentage changes at the societal level, we see that hundreds of thousands of lives are impacted, and at the economic level, we see enormous potential competitiveness gains," said Zahidi.

The World Economic Forum continues to expand geographic coverage in the Report. Featuring a total of 130 countries, this year's Report provides an insight into the gaps between women and men in over 92% of the world's population. Coverage has been expanded this year to include Barbados and Brunei Daressalam. The Report covers all current and candidate European Union countries, 23 from Latin America and the Caribbean, 23 from sub-Saharan Africa, over 20 from Asia and 15 from the Middle East and North Africa. Thirteen out of the 14 variables used to create the Index are from publicly available "hard data" indicators from international organizations, such as the International Labour Organization, the United Nations Development Programme and the World Health Organization.