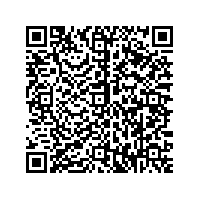 Sustained growth in the core segments

The increasing pressure on companies to cut costs and optimize efficiency, particularly during economically challenging times, made a positive contribution to the general trend in the direction of migrating business processes from the offline to the online world. In parallel with a substantial increase in the trading volume in our customer portfolio, a large number of new customers were acquired in the third quarter. Our customer base meanwhile comprises more than 10,000 enterprises from Europe and Asia.

In the first nine months of 2008, an increase in sales revenues by 54.4 percent was recorded in the core segment of "Payment Processing & Risk Management", to reach EUR 131.2 million (9M/2007: EUR 85.0 million). The level of EBIT generated in this segment by risk management services and the processing of online payment transactions after the first nine months of fiscal 2008 amounted to EUR 24.6 million (9M/2007: EUR 17.7 million), equivalent to an increase of 39.0 percent.

On the one hand, it was possible to acquire numerous new customers; on the other, the fast-growing market for online products had a positive impact on the volume of business with portfolio customers.

"Regardless of the overall economic development, a substantial increase in electronic trading remains in evidence in all target markets. Accordingly, we are optimistic both for the fourth quarter of 2008 and the following year and expect clearly positive business trends to continue in future, too", said Dr. Markus Braun, CEO of Wirecard AG.

In view of the positive business trend in the first nine months of 2008, the Management Board of Wirecard AG has affirmed its forecast of boosting EBIT by 45 - 60 percent for fiscal 2008 as a whole. For the 2008 financial year, therefore, earnings before interest and taxes are expected to range somewhere between EUR 48 million and EUR 53 million.

Wirecard AG is one of the leading international providers of electronic payment and risk management solutions. Worldwide, Wirecard supports over 10,000 companies from many and various industry segments in automating their payment processes and minimizing cases of default. Wirecard Bank AG provides account and credit card services both for business and private customers and is a Principal Member of VISA, MasterCard and JCB. The Internet payment service Wirecard enables consumers to make secure payments at millions of MasterCard acceptance outlets worldwide. In addition, registered users can send or receive money orders to each other on a real-time basis. Wirecard AG is listed on the Frankfurt Securities Exchange (TecDAX, ISIN DE0007472060, WDI).