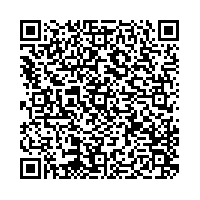 Subscribe to news
(PresseBox) ( Paderborn, 09-07-22 )
The continuing economic crisis has had an impact on Wincor Nixdorf AG's results in the first nine months of fiscal 2008/2009. The company, which specializes in IT solutions for bank branches and retail stores, posted net sales of 1,729 million euros, a decline of 1% over the previous year (1,738 million euros). Operating profit (EBITA) fell by 9% to 138 million euros (152 million euros) and the profit for the period by 6% to 87 million euros (93 million euros). The third quarter of the fiscal year left a significant mark in the results: net sales were 496 million euros and EBITA 35 million euros, a year-on-year decline of 11 percent in net sales and 31 percent in EBITA. This development does not come as a complete surprise to President and CEO Eckard Heidloff: "Slower growth at the end of the good first half had already made it clear that we would feel the effects of the global economic crisis."

As regards investment activity by Wincor Nixdorf's key clientele - retail banks and retailers -, Heidloff explained that the trend in the market was towards the deferral of proposed investments, in particular for replacement investments. This is reflected at Wincor Nixdorf, as in the whole market, by a continuous decline in hardware business: "We will have to get used to a shrinking hardware market for the duration of 2009." That this development did not affect Wincor Nixdorf's business as broadly as it could have demonstrates the strategic wisdom of the company's rigorous expansion of its software and services business.

Market trends continue to show increases in efficiency, optimization of cost structures and user-friendly processes, and end-to-end IT solution offers designed to deliver all this. Yet the course of business for the remainder of the year remains hard to predict, with the result that Wincor Nixdorf anticipates net sales for fiscal 2008/2009 to be slightly below the level of the previous year. Pressure on margins will have a negative impact on operating profit.

Wincor Nixdorf has launched the "ProFuture" program to prepare the company for a longer lasting crisis and also to position itself more strongly and sustainably for the post-crisis market. The program is intended to complement Wincor Nixdorf's existing and clearly effective measures for quickly reducing the company's own cost levels. The objective of the program and its future-oriented realignment of business activities is to boost the company's efficiency in core areas and enable further growth.

Development in the regions remains uneven

Net sales growth in the Asia/Pacific/Africa region developed positively in the period under review, with an increase of 13% to 294 million euros (261 million euros). Net sales declined slightly by 1% when measured in USD. The region thus accounted for 17% (15%) of total net sales. Net sales in the region in the third quarter were down 5% at 75 million euros (79 million euros).

Banking and Retail net sales decrease in the third quarter