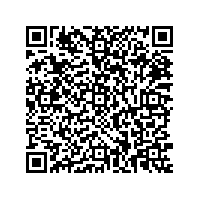 (PresseBox) ( Paderborn, 10-07-28 )
In line with expectations, Wincor Nixdorf AG completed the first nine months of the current 2009/2010 fiscal year with a decline in net sales and operating profit (EBITA). In the first nine months net sales contracted by 3% to €1,682 million (previous year: €1,729 million). EBITA declined by 12% to €121 million (€138 million). Accordingly, the EBITA margin fell by 0.8 percentage points to 7.2% (8.0%). Profit for the period was down 8% to €80 million (€87 million). In the third quarter of the current fiscal year net sales for the Group rose by 5% to €521 million (€496 million). In the same period, EBITA fell by 6% to €33 million (€35 million). Against the backdrop of a sluggish quarterly performance, as anticipated, the company confirms its outlook for fiscal 2009/2010 as a whole. On this basis, net sales and operating profit will again contract, but by no more than the decline recorded a year ago. "As announced, for the current fiscal year we anticipate further reductions up to a maximum of 3 percent in net sales and of 13 percent in operating profit. Thus, the adverse effects of the financial and economic crisis on Wincor Nixdorf as a whole can be contained," said President & CEO Eckard Heidloff in response to the Group's performance.

Against the backdrop of both positive assessments and continued skepticism among leading economic research institutes as to whether the economic crisis had been overcome, the President & CEO emphasized that the market had yet to see a fundamental change in the investment behavior of many of the retail banks and retailers served by the company. "It is apparent that the propensity to invest within our customer base has not yet improved fully and continues to be influenced primarily by the financial resources available to individual companies," said Heidloff. This had led to both regional and seasonal volatility in Wincor Nixdorf's business. Regardless of the direction taken in the short term as a result of the general economic climate, the longterm trends witnessed in retail banking and retailing had remained unchanged. Prompted by increasingly intense competition, enterprises operating within both industries were having to place their business processes under close scrutiny, an area in which Wincor Nixdorf had positioned itself particularly well with a highly focused service portfolio. "We will benefit from this trend as soon as our target markets recover," said Heidloff.

In the first nine months of the fiscal year, net sales attributable to Hardware business contracted by 10% year on year to €856 million (€956 million). By contrast, net sales from Software/Services increased by 7% to €826 million (€773 million).

For further details of results, please see the Group's Nine-Month Interim Report 2009/2010. The PDF file and online report can be found at http://www.wincor-nixdorf.com under the headings Investor Relations / Reports & Financial Data.

This document contains forwardlooking statements that are based on current estimates and assumptions made by the management of Wincor Nixdorf AG to the best of its knowledge. Such forwardlooking statements are subject to risks and uncertainties, the nonoccurrence or occurrence of which could cause the actual results - including the financial condition and profitability of Wincor Nixdorf - to differ materially from or be more negative than those expressed or implied by such forwardlooking statements. This also applies to the forwardlooking estimates and forecasts derived from thirdparty studies. Consequently, neither the Company nor its management can give any assurance regarding the future accuracy of the opinions set forth in this document or the actual occurrence of the predicted developments.