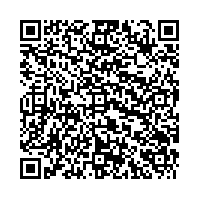 Billings for the third quarter, which represent the full amount of subscription contracts billed to customers during the period, were USD 82.7 million, compared to third quarter 2007 billings of USD 52.2 million for Websense standalone and USD 79.1 million including SurfControl billings.

In April 2007, when Websense announced plans to acquire SurfControl, the company expected the combination to be accretive to non-GAAP earnings by at least 20 percent. On a year to date basis, non-GAAP net income increased 61 percent, from USD 30.4 million in the first nine months of 2007 to USD 48.8 million in the first nine months of 2008. The costs excluded from non-GAAP earnings are fully detailed in the footnotes to the table "Reconciliation of GAAP to Non-GAAP Consolidated Statements of Operations" at the end of this news release.

"We posted another solid quarter in Q3 as we continue to exceed our original expectations for earnings and cash flow accretion due to the SurfControl acquisition. We have yet to see a significant negative impact on our business from the recent economic turbulence and billings for our core products increased 7 percent from combined billings of Websense and SurfControl last year, excluding SurfControl products that we discontinued," said Gene Hodges, Websense chief executive officer.

"We introduced several new products toward the end of the quarter, including our new Web Security Gateway with real time malware scanning and dynamic categorization of Web 2.0 content, and our data security endpoint solution. I believe the availability of these new products was a significant factor in the strength of our third quarter renewals and our growing pipeline of new business," Hodges added.

The company's balance sheet remains strong, with cash and cash equivalents of USD 63.4 million, accounts receivable of USD 64.6 million and total GAAP deferred revenue of USD 307.3 million as of September 30, 2008. Significant changes to the balance sheet compared to the prior quarter included:

- An increase in accounts receivable by approximately USD 3 million. Days sales outstanding increased to 67 days from 63 days in the prior quarter, but remained within the company's target range of 65 to 70 days.

The company repaid USD 15 million in long term debt during the third quarter and an additional USD 5 million in the first week of October, bringing total principal payments to date to USD 75 million and reducing long term debt to USD 135 million as of October 28, 2008, from USD 210 million at the close of the SurfControl acquisition one year ago. The company also repurchased a total of 252,388 shares in the third quarter for approximately USD 5 million under a 10b5-1 plan.

Websense updates its annual guidance on its anticipated financial performance for the fiscal year each quarter based on its assessment of the current business environment and historical seasonal trends in its business, as well as assessments of historical SurfControl results adjusted to conform to GAAP. In providing guidance, the company emphasizes that its forward-looking statements are based on current expectations and disclaims any obligation to update the statements as circumstances change.

Additionally, the company has identified strategic growth opportunities within each of its primary product segments with the combined potential to drive billings growth of at least 10 percent in 2009.

Non-GAAP guidance for 2008 revenue includes approximately $52 million in subscription revenue of SurfControl that would have been recognized under subscriptions that were included in deferred revenue as of the date of the acquisition that will not be recognized as revenue during the applicable period as revenue on a post acquisition basis under GAAP due to the impact of the write-down of the majority of SurfControl's deferred revenue to fair value as of the acquisition date.

Non-GAAP guidance for 2008 earnings per diluted share excludes stock-based compensation expense, certain cash and non-cash expenses related to the acquisitions of PortAuthority and SurfControl and the impact of a favorable tax ruling in the first quarter of 2008 (as detailed in "Non-GAAP Financial Measures" below). Additionally, based on the current business outlook and collections trends, the company continues to expect its non-GAAP cash flow from operations for 2008 to exceed USD 75 million, excluding acquisition related and legal settlement costs, compared to USD 53.6 million in operating cash flow in 2007.

This press release provides financial measures for the third quarter of 2008 and guidance for the full year, including guidance for revenue, operating margin, net income and earnings per diluted share, that include revenue from SurfControl that would have been recognized during the third quarter and full year 2008 under subscriptions that were included in deferred revenue as of the date of the acquisition but will not be recognized as revenue on a post-acquisition basis under GAAP due to the impact of the write-down of a majority of SurfControl's deferred revenue to fair value as of the acquisition date. In addition, third quarter non-GAAP operating results and full year guidance exclude certain cash and non-cash expenses relating to the PortAuthority and SurfControl acquisitions, including restructuring costs relating to headcount reduction and facility closures, integration travel, retention bonuses, amortization of intangible assets and deferred financing fees, and professional fees, as well as stock- based compensation expense and related tax effects. Full year guidance also excludes the benefit of the reversal of a tax provision based upon a favorable tax ruling. Based on the foregoing, the company's presentation of non-GAAP revenue, operating margin, net income, earnings per diluted share and cash flow from operations are not calculated in accordance with GAAP. Management believes that these non-GAAP financial measures provide meaningful supplemental information regarding our performance that enhances management's and investors' ability to evaluate the company's operating results, trends and prospects and to compare current operating results with historic operating results. A reconciliation of the GAAP and non-GAAP statements of operations for the quarter is provided at the end of this press release.

This press release also includes financial measures for 2008 and 2009 billings that are not numerical measures that can be calculated in accordance with GAAP. Websense provides this measurement in press releases reporting financial performance because this measurement provides a consistent basis for understanding the company's sales activities in the current period. The company believes the billings measurement is useful to investors because the GAAP measurements of revenue and deferred revenue in the current period include subscription contracts commenced in prior periods. The reconciliation of billings to deferred revenue for the third quarter of 2008 is set forth at the end of this press release.

Websense, Inc. (NASDAQ: WBSN), a global leader in integrated Web security, data security and email security solutions, provides Essential Information Protection(TM) for more than 43 million employees at more than 50,000 organizations worldwide. Distributed through its global network of channel partners, Websense software and hosted security solutions help organizations block malicious code, prevent the loss of confidential information and enforce Internet use and security policies. For more information, visit www.websense.com
Websense and SurfControl are registered trademarks of Websense, Inc. in the United States and certain international markets. Websense has numerous other registered and unregistered trademarks in the United States and internationally. All other trademarks are the property of their respective owners.
This press release contains forward-looking statements that involve risks, uncertainties, assumptions and other factors which, if they do not materialize or prove correct, could cause Websense's results to differ materially from historical results or those expressed or implied by such forward-looking statements. All statements, other than statements of historical fact, are statements that could be deemed forward-looking statements, including statements attributed to Gene Hodges, the guidance and financial outlook for the company's 2008 and 2009 fiscal years, and statements containing the words "planned," "expects," "believes," "strategy," "opportunity," "anticipates" and similar words. These statements may include, among others, plans, strategies and objectives of management for future operations. The potential risks and uncertainties which contribute to the uncertain nature of these statements include, among others, risks associated with integrating acquired businesses and launching new product offerings, customer acceptance of the company's services, products and fee structures in a changing market; the success of Websense's brand development efforts; the volatile and competitive nature of the Internet and security industries; changes in domestic and international market conditions, volatility in currency exchange rates, risks relating to the required use of cash for debt servicing, the risks of ongoing compliance with the covenants in the senior secured credit facility, risks related to changes in accounting interpretations and the other risks and uncertainties described in Websense's public filings with the Securities and Exchange Commission, available at www.websense.com/investors. Websense assumes no obligation to update any forward-looking statements to reflect events or circumstances arising after the date on which it was made.