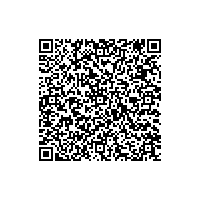 Available from 2012 for trucks and buses worldwide, OnGuardPLUS is the commercial vehicle industry's first system in compliance with the European Union's expected regulation to make AEBS mandatory on new heavy commercial vehicles from November 2013.

OnGuardPLUS fully applies brakes in imminent collision situations when reacting to moving vehicles ahead as well as decelerating vehicles that come to a standstill. It autonomously initiates emergency braking, enables maximum possible deceleration and can bring the vehicle to a complete stop. It also reacts to stationary vehicles, for example, when approaching traffic congestion.

Recently, WABCO introduced OnGuardPLUS at IAA Commercial Vehicles 2010, one of the industry's most comprehensive trade shows, held in Hanover, Germany. During 10 days at IAA 2010, WABCO conducted more than 120 successful consecutive live demonstrations of its OnGuardPLUS system.

"WABCO is proud to support CLEPA by presenting our suite of technology innovations that address advanced safety and driver effectiveness, and particularly by demonstrating new OnGuardPLUS," said Jean-Christophe Figueroa, WABCO Vice President, Vehicle Dynamics and Control. "Showing OnGuardPLUS in action underscores our technology leadership as we progressively increase levels of vehicle safety together with industry colleagues to significantly reduce the number of commercial vehicle accidents by 2020."

To be held at Autoworld Brussels, CLEPA's Technology Day 2010 is a leading forum for the automotive supplier industry in Europe. It gathers policy makers and stakeholders from European Union institutions and member states as well as senior representatives from automotive sectors and associations.

OnGuardPLUS builds on WABCO's innovative OnGuard® technology that has proven its effectiveness as customers, so far, have driven collectively more than 250 million miles (over 400 million kilometers) protected by OnGuard safety systems.

WABCO Vehicle Control Systems (NYSE: WBC) is a leading supplier of safety and control systems for commercial vehicles. For over 140 years, WABCO has pioneered breakthrough electronic, mechanical and mechatronic technologies for braking, stability, and transmission automation systems supplied to the world's leading commercial truck, trailer, and bus manufacturers. With sales of $1.5 billion in 2009, WABCO is headquartered in Brussels, Belgium. For more information, visit www.wabco-auto.com

For more press information, photos and videos, visit the Media Center on the WABCO website.