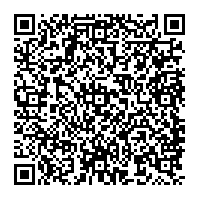 (PresseBox) ( New Delhi, 17-03-20 )
WABCO INDIA, a leading supplier of technologies that improve the safety, efficiency and connectivity of commercial vehicles, will demonstrate its advanced safety and efficiency technologies on the race track, one of the most challenging operating environments for heavy-duty trucks. For the fourth consecutive year, WABCO INDIA will participate as the Official Braking Technology Partner for Tata Motors at the T1 PRIMA Truck Racing Championship Season 4, on March 19, 2017 at the Buddh International Circuit, Greater Noida.

Tata Motors T1 PRIMA Truck Racing Championship provides an exciting environment, in which WABCO can showcase the strength of its industry-leading braking technologies for trucks. Considered the Formula One of truck racing in India and one of the most awaited events on the Indian Motorsport calendar, Season 4 of the T1 PRIMA Truck Racing Championship is a grand spectacle of Tata PRIMA race trucks competing for top honors.

“We are honored to be a key technology partner to Tata Motors for its T1 PRIMA Truck Racing Championship, which is India's premier truck racing event. This unique occasion provides us with an excellent platform to demonstrate the high performance of WABCO’s advanced safety technologies on the race track, which represents the most extreme operating conditions for heavy duty trucks,” said Mr. Jacques Esculier, Chairman and Chief Executive Officer, WABCO.

“We are excited for WABCO to join us again as the Official Braking Technology Partner for the T1 PRIMA Truck Racing Championship Season 4. Tata Motors highly values WABCO’s ongoing commitment to strengthening the safety performance of our PRIMA trucks on and off the race track,” said Mr. Ravi Pisharody, Executive Director, Commercial Vehicles, Tata Motors Limited.

“WABCO INDIA is immensely proud of its partnership of more than 50 years with Tata Motors as a preferred supplier of world-class safety and efficiency technologies. Being a partner to the T1 PRIMA Truck Racing Championship is a natural progression which takes our relationship to the next level," said Mr. P Kaniappan, Managing Director, WABCO INDIA LIMITED.

WABCO INDIA designs, manufactures and markets conventional braking products, advanced braking systems, and other related air assisted products and systems. The company has achieved a major market share in the Indian OEM market as well as in the domestic aftermarket, which it serves through a strong nationwide distribution network. With five world class manufacturing facilities, software design center, application engineering center and a test track in India, WABCO INDIA excels in engineering and manufacturing. WABCO INDIA employs over 3,200 employees and reported Rs.1872 Crores in sales in 2015-16. For more information, visit www.wabco-auto.com/...