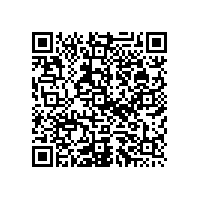 Subscribe to news
(PresseBox) ( Zurich, 10-08-19 )
VZ Group's business activities developed favourably during the first half of 2010. In comparison to the first half of 2009, revenues rose 25 per cent to reach CHF 63.9 million, while profit increased 51 per cent to CHF 23.1 million. This good result puts the company back on its longterm growth path and confirms the forecasts for the current year.

VZ Group ended the first half of the year 2010 with a net profit of CHF 23.1 million. This corresponds to a rise of 51 per cent relative to the turbulent first half of 2009. Revenues increased 25 per cent to reach CHF 63.9 million. It is important to remember, however, that the result for the same period of the previous year was negatively affected by the collapse in share prices in the first quarter of 2009, at the peak of the financial crisis. For this reason it cannot automatically be assumed that this strong growth will be maintained going forward.

In the private client segment, revenues came in 28 per cent higher. 3,140 clients seeked advice over the past six months (plus 23 per cent). There has been a noticeable rise in the number of consultancies which focus on optimising financial investments. Other important consultancy topics are pension planning, estate planning and real estate financing. The company also gained around 1,000 new clients for its management services. The majority of these clients have issued portfolio management mandates.

The corporate client side of the business contributes around 10 per cent of revenues. As the effects of the economic downturn continue to be felt here, revenue growth remained below expectations at some 3 per cent.

At the end of June the balance sheet total passed the one billion threshold. Growth since 1 January has been attributable primarily to higher client deposits with VZ Depositary Bank and the further strengthening of the equity capital. Equity is equivalent to 14.1 per cent of the balance sheet total. Measured in terms of riskweighted assets, the core capital ratio (BIS tier 1) is 19.2 per cent. This means VZ Group has a very comfortable capital base.

The twelvemonth hiring freeze was lifted one year ago. Since then 38 new jobs were created in the 19 branch offices in Switzerland and in Germany, and the group employed 456 people by the end of June. The increase in consultants with their own client responsibility determines the future growth. For 2010 the private client consultancy capacity relative to the previous year increased from an average of 52.6 to 60. This welcome development will enable VZ to handle the growing demand successfully in the months ahead.

"VZ Group's halfyear results confirm our growth targets for 2010 communicated this spring", says Matthias Reinhart, Chairman of the Board of Directors and Chief Executive Officer. "As long as financial markets remain relatively stable, we will be able to increase revenues by 15 to 20 per cent in the current year as planned."

Our detailed annual report as well as an investor presentation can be downloaded from our website: www.vzch.ch/Investor-Relations

VZ Group is an independent Swiss financial service company listed on the SIX Swiss Exchange since March 2007. The company specialises in the areas of retirement planning and portfolio management for individuals as well as in insurance and pension fund management for companies. The services are focused on wealthy private clients aged 55 or older and on corporate clients with more than 20 employees. VZ does not sell any financial products of its own and is not a product broker. Instead, it is financed by consulting fees and management fees. As of 30 June 2009, VZ managed client assets in the amount of 7.2 billion Swiss francs and an annual insurance premium volume in the amount of CHF 257 million. The group employs about 460 people. VZ is headquartered in Zurich and has offices in Aarau, Baden, Basel, Bern, Geneva, Lausanne, Liestal, Lucerne, Neuchâtel, Rapperswil, Schaffhausen, St. Gallen, Thun, Winterthur and Zug as well as in Munich, Frankfurt and Nuremberg.