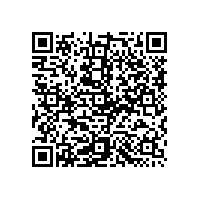 Subscribe to news
(PresseBox) ( Zurich, 09-08-20 )
VZ Group recorded solid results in the first half year 2009. Operating revenues decreased by 1.4% to 51.0 million francs, while net profit came in 6.4% lower at 15.3 million francs by comparison with the first half of 2008. The minor decrease of revenues and profit confirm that VZ Group's business model stands the test of an exceptionally difficult market environment. In view of the steady influx of new clients, VZ Group's management is optimistic for the second half of the year.

By comparison with the first half of 2008, VZ Group's revenues declined 1.4% from 52.1 to 51.0 million francs. Given the exceptional distortions in the first quarter, this is a satisfactory development. The decline is attributable entirely to the private client segment, while the corporate client business achieved higher revenues. The two main revenue pillars, i.e. management fees and banking revenues, remained stable despite the adverse market environment.

On the portfolio management side, VZ Group reported a satisfactory influx of net new money in the amount of 410 million francs. The net new money together with the performance impact led to an increase in the value of the assets under management from 5.456 million as of 31.12.2008 to 5.912 million francs as of 30.6.2008. Managed annual insurance premium increased from 225 to 247 million francs compared with the first half 2008. Total volume-based management fees came in 1% lower than in the first half 2008. By comparison with the second half of 2008, however, they increased by 2.8%.

Banking revenues did not quite match the value reported in the second half of 2008; by comparison with the first half of 2008, however, they came in 2.1% higher. VZ Depository Bank has attracted a steady influx of new clients. More than 90% of the new portfolio management clients entrust VZ Depository Bank with the custody of their securities and with their securities transactions. Because of the comfortable influx of new clients, revenues rose further, even though the margin on interest rate business narrowed sharply.

Consultancy fees decreased slightly in the first half year. They account for 12% of operating revenues. Demand for consultancy services remains strong and VZ Group continues to report a growing influx of new clients both in the private and corporate client segments. By comparison with the same period last year, 8% more private individuals turned to a VZ branch office for advice. However, economic uncertainty is such that many private individuals are tending to defer their retirement planning and other important financial decisions.

By comparison with the first half of 2008, operating expenses rose by just 1.8%. This increase was made up of 3.4% higher personnel expenses, while other operating expenses came in 2.3% lower. The rise in personnel expenses is explained by the creation of 40 additional full-time equivalents in 2008. In autumn 2008, VZ Group temporarily halted the expansion of its capacities, resulting in an unchanged headcount over the past nine months.

VZ Group's net profit declined from 16.3 million francs to 15.3 million by comparison with the first half of 2008. The modest fall of 6.4% is evidence that its business model stands the test of an exceptionally difficult market environment.

VZ Group has an excellent equity ratio which improved even further in the period under review. The profit for the first half year more than offset the payment of the annual dividend and treasury share purchases. With the simultaneous reduction of the balance sheet total, the equity ratio rose from 14 to 16% by comparison with the same reporting date last year.

In view of the strong revenue growth in the second quarter, VZ Group's management is optimistic for the second half of 2009. According to Matthias Reinhart, President of the Board of Directors and Chairman of the Executive Board, the influx of new clients continues to grow steadily. «Our clients have a largely positive view of the benefit of our services. This clearly shows that our services are well worth their cost and that our business model is successful even in challenging times.» The second quarter demonstrated that a stock market recovery brings above average revenue growth, said Reinhart. With share prices remaining stable or rising slightly, the previous year's result could therefore be even slightly bettered.

The detailed half-year report as well as the investor presentation can be downloaded from www.vermoegenszentrum.ch/reports.

VZ Group is an independent Swiss financial service company listed on the SIX Swiss Exchange since March 2007. The company specialises in the areas of retirement planning and portfolio management for individuals as well as in insurance and pension fund management for companies. The services are focused on wealthy private clients aged 55 or older and on corporate clients with more than 20 employees. VZ does not sell any financial products of its own and is not a product broker. Instead, it is financed by consulting fees and management fees. As at 30 June 2009, VZ managed client assets in the amount of 5.9 billion Swiss francs and annual insurance premium in the amount of 247 million Swiss francs. The group employs some 420 people. VZ is headquartered in Zurich and has branches in Aarau, Basel, Bern, Geneva, Lausanne, Lucerne, Neuchâtel, Rapperswil, St. Gallen, Thun, Winterthur and Zug as well as in Munich and Frankfurt.