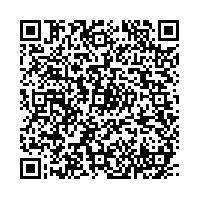 
Voith and Icelandic national power company Landsvirkjun are embarking on a joint pilot project on innovative cavitation monitoring in hydropower plants. The technology group will install the innovative system, an add-on function for its OnCare.Health conditioning monitoring, at the Budarhals hydropower plant in Iceland.

The purpose of the new process is to quantify the effects of cavitation to reduce operating and maintenance costs and machine downtimes. Cavitation is the formation of vapor bubbles due to localized areas of low pressure. When the vapor bubbles collapse, they cause high pressure peaks that damage the surfaces of the turbine runner in the long run. Cavitation is usually avoided by effective design and generally does not occur within the normal operating range. Due to the increasing requirements to make existing plants more flexible in conjunction with other renewable energies such as wind power, it is becoming worthwhile for operators to extend their existing operating range, even though this can cause cavitation to occur. With the help of the monitoring system, the incidence of cavitation in the event of an extended operating range can be evaluated against the additional benefit provided.

Landsvirkjun and Voith: a strong partnership
In 2014, Voith equipped the Budarhals hydropower plant in Iceland with two modern, environmentally compatible Kaplan turbines featuring water-filled runner hubs and cutting-edge generators with specially developed excitation systems. Apart from the main components of the electrical and mechanical equipment, Voith also supplied the crane systems for the powerhouse and the control systems for the power plant. The facility has an installed output of 95 MW and a capacity of around 585 GWh per year.

Since then, Voith has also installed other digital solutions and cutting-edge technologies in the plant. The highly automated Budarhals power plant is in a remote location and is unmanned, so any undetected problems can cause severe damage to equipment. To prevent this, Voith has installed OnCare.Acoustic, which helps the operator to identify potentially dangerous incidents early on by detecting acoustic anomalies in good time. The acoustic monitoring system helps ensure the reliability, availability, and safety of the hydropower plant. OnCare.Acoustic comprises various modular packages. In addition, Voith experts offer consultancy services including the analysis of inspection and maintenance reports in combination with operating and condition monitoring data. The operator then receives recommendations on how to improve maintenance and operation at the plant.

Voith in Iceland
This close collaboration with Landsvirkjun is a continuation of Voith’s long tradition of doing business in Iceland. As far back as 1912, the company built the first complete turbine installation in the Fjardarsel power plant. This system has a capacity of 550 kW, is driven by a horizontal Francis turbine, and is the oldest power plant in Iceland still operating.

In 1989, Landsvirkjun produced its first drafts for the Budarhals power plant that subsequently formed the basis for the current design. Budarhals was the first major infrastructure project in Iceland after the 2008 economic and financial crisis, which hit the country hard.

The Voith Group is a global technology company. With its broad portfolio of systems, products, services and digital applications, Voith sets standards in the markets for energy, oil & gas, paper, raw materials, and transport & automotive. Founded in 1867, the company today has more than 19,000 employees, sales of €4.3 billion and locations in more than 60 countries worldwide, and is thus one of the larger family-owned companies in Europe.